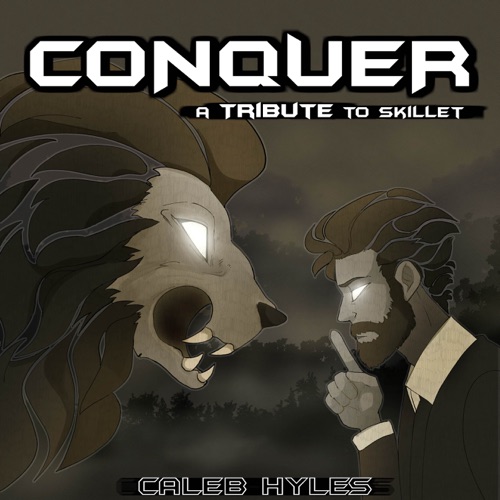 You know how sometimes in your life, there can be a catalyst for you to notice something about someone that is actually very cool, and maybe after that fact, you may gain more and more respect for that person? In 2019 around about August, a couple of famous celebrity Christians announced that they were leaving Christianity for various reasons. And one of the first responses from the Christian community came from one of the most unexpected and unlikely places. Mainstream rockers Skillet have always had one foot in the CCM and one foot in the mainstream market. But on this day, lead singer John Cooper firmly affirmed himself in the Christian faith, as he unashamedly addressed the ‘falling away’ of believers, and encouraged us all to know Jesus from the Word of God and to read the Word of God so that our faith cannot be shaken and our faith can be rooted in the words of Jesus which do not ever, ever change. Since that day, I’ve become more of a Panhead (Skillet fan) than ever before!

Probably one of the most influential crossover Christian bands ever (who have had a massive following and impact in the mainstream industry right now, after having had longtime success in Christian radio back in the day); rock band Skillet, comprising of lead singer John Cooper, bassist and keyboardist Korey Cooper (wife of John), guitarist Seth Morrison and drummer Jen Ledger; seem to be right now putting their feet in the right places, stepping into what God has called them to do, which is minister to both Christian and mainstream markets. Alongside other bands such as Switchfoot, Needtobreathe and Relient K, Skillet have this uncanny knack for creating hard hitting and poignant melodies thematically and lyrically relevant today, but doing so covertly, and not even mentioning the name of Jesus sometimes in a few tracks, so as not to scare off listeners and fans of different world views. Regardless of each of your opinions of a Christian band in the mainstream, and not fully praising God overtly in every single melody, you can’t deny the passion of these four men and women of God, as they go out into the world and deliver the gospel to everyone they meet.

As a site we’ve reviewed plenty of Skillet albums (you can read about all things Skillet here!), while Jon has posted a Momentous Mondays blog about them also. Yet as we’ve grown as fans of John, Korey, Jen and Seth; so too has another rising pop star- Youtube cover sensation and singer/songwriter Caleb Hyles. As Caleb has released his new album Conquer: A Tribute To Skillet, we are definitely introduced to a selection of well thought out and expertly sung cover renditions of one of today’s most influential rock bands currently active. While maybe none of us have heard of Caleb (I certainly haven’t, until the day that youtube recommended me Caleb’s version of Skillet’s “Stars”, and even then I don’t know of Caleb’s background whatsoever, except that he records brilliant covers on Youtube!), the fact still remains that if you are a fan of Skillet or a fan of Caleb’s, and want to hear something different but still inspiring and uplifting…then this album is your best bet! With songs like “American Noise”, “Stars”, “Feel Invincible”, “Whispers In The Dark” and “The Older I Get” being some of the most hopeful and honest Skillet songs ever- Caleb has done the band proud as he has reminded us all that sometimes the songs transcend the artist- and that the true mark of a great song and of a true influential artist, is that the songs do transcend the artist, and that they’re impacting people all over the world long after the artist has passed away! In the case of Skillet- this tribute album hopefully is the first step of many, that there could be many more tribute albums for Skillet in the near or far future!

With Skillet having delivered in their career thus far quite a variety of musical genres on a number of their albums, inclusive of the most recent Victorious, as well as covering a smorgasbord of relatable topics and issues; it’s an honour I reckon for Caleb Hyles to cover such an iconic and legendary band. In fact dare I say that Conquest: A Tribute To Skillet is an album that is a must listen for those who love hard rock, worship and any other genre in between. While we all might still love Skillet’s original tunes, Caleb’s cover songs are a close second in my own opinion- and if these songs serve the purpose of bring people closer to being a Panhead- and more than that bringing people closer to Jesus, in spite of Caleb’s belief system which is as of right now unknown…then this album has gone above and beyond its original purpose of making people happy and making people smile. A fun-filled and introspective musical experience that personally gets more lyrically and thematically deeper with each and every time- as I marvel at how much Caleb wants to sound like Adam Agee vocally on this entire album; there’s probably not much more I could say to you to convince you to pick up a copy of this cover album, or Skillet’s latest. So, what are you waiting for? I guarantee you won’t be disappointed!

3 songs to listen to: Stars, The Older I Get, American Noise