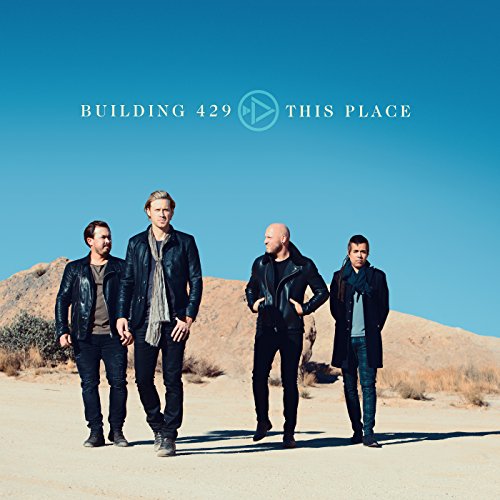 Since their start in music in the early 2000s, Building 429, quite possibly the most innovative and reinvigorating Christian bands of the 2000s alongside Casting Crowns, MercyMe and Tenth Avenue North, have been able to develop a fanbase and a following that has transpired them to create and deliver a plethora of chart-topping songs, ever since their label debut way back in 2004. From hit songs like ‘Glory Defined’, ‘No One Else Knows’, ‘The Space In Between Us’, ‘Fearless’ and ‘I Believe’, to ‘Listen to the Sound’, ‘Press On’, ‘We Won’t Be Shaken’, ‘End of Me’ and more recently ‘Impossible’ and ‘Unashamed’, these four men from Fayetteville, NC have become one of the bands that I myself have become very excited for whenever they do release any new material. And to be honest, Building 429 have been such a band that have produced solid albums, without much fuss, and not even much recognition, when compared to other more publicised (but not necessarily more prolific or even poignant) bands like MercyMe, Casting Crowns, Newsboys or Third Day. Releasing their albums on labels like Word Records and Fair Trade Services, it is their trio of album releases on Provident Label Group (Listen to the Sound, We Won’t Be Shaken and Unashamed) that have proved the most lyrically mature from lead singer Jason Roy and the rest of the band.

And now as they deliver a new song in ‘This Place’, arguably one of my favourite songs from the band within this Provident Label Group era; Jason and the band have continued to assert their message of Ephesians 4:29 (of which their name of Building 429 has been derived)- and how we, as Christians, ought not to deliver words of disdain or heartbreak to our fellow brothers and sisters in Christ (or to anyone for that matter), but rather our words need to speak life and build each other up (that’s a paraphrase of Ephesians 4:29, not a word by word recital). ‘This Place’ is another such song that speaks life into whomever hears it, and is a song that, while it may not get that much traction currently (considering that the track released as a single on the same day as TobyMac’s i just need u. and newly discovered Word Records artist Sarah Reeves’ Right Where You Want Me), what makes ‘This Place’ ever the more special is the passion and enthusiasm in Jason’s voice, and the power that comes from delivering a song from the message and theme of Ephesians 4:29. Though a simple enough verse in and of itself, this bible passage ought to change our perspective on life and what we say and speak to others. ‘This Place’ is an encouragement, and a hope that the upcoming new album from the quartet is as engaging and emotive as this first single.

So what does this song ‘This Place’ entail? What is encapsulated within these 4 minutes or so that makes such a song like this encouraging and emotive, quite possibly one of my favourite songs of the band since ‘Ocean Deep’ way back in 2015? Well, though the band has been giving us around a 2 and a bit years wait between new material, the song itself is worth the wait, as Jason and the band deliver a message of hope, that ‘…and anyone that is hopeless, anyone that is broken, anyone that is lost, won’t leave the same, and anyone that is searching, anyone that is hurting, everything that you lay down, He can change in this place…’ And so what is ‘this place’, you ask? Well, just from my understanding in context with the song itself, the reason why the song is called ‘this place’, is that it is when we are in place of surrender and abandon, when we realise that what we want is only just a speck compared to what God has in store, that we can truly be open to what He has in store for us, even if it means for our lives to be arranged for Him to do so.

‘This Place’ is a place of healing, of restoration, of confrontation, of looking within ourselves and asking the difficult questions that we don’t really want to ask. ‘This Place’ is holy ground, when heaven invades earth, when we have a glimpse into eternity and realise that what we know isn’t really that much. But all in a way that we are in awe of the Father. When we realise that He is all we need, and therefore we come into a place of healing, often quicker than if we were to resist. And hopefully, this song can help with the process from hurt to healing, from despair and desolation to deep love. Building 429 have created a song that will sure to be facilitating many transformations as the months carry on, here’s to more songs in the future from their new album that do just that, as well!

Since debuting their label album in 2004 (and moving between three labels), the presence of Building 429 and their heartfelt songs are only going to continue with ‘This Place’. And while this song can be overshadowed by the new one from TobyMac, the track nevertheless is as poignant as it is emotive and necessary in such a time like this. With comforting yet confronting lyrics and edgy musicianship, ‘This Place’ shows us a message of how God can use any place that we are in to show us more of Himself, and to remind us that we are always a work in progress. One of Christian music’s most enthusiastic vocalists, Jason Roy and Building 429 continue to encourage us, and if their new album is as emotive and heartfelt as ‘This Place’, then hopefully, this new forthcoming album will be as emotive and poignant, and maybe even more so, than their 2015 album Unashamed. Well done guys for such an encouraging song, can’t wait to the new album later on during the year!