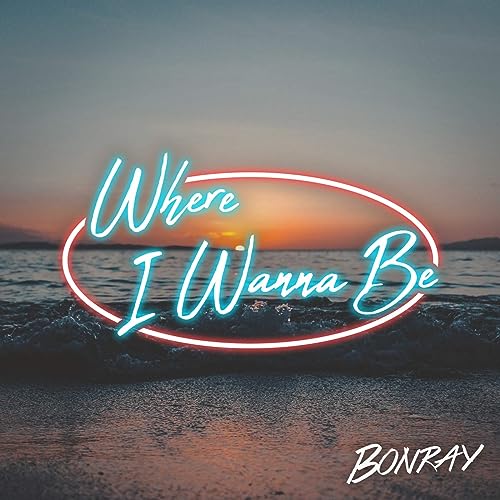 Bonray have recorded several hits and misses in their short but punchy musical career. A sibling band that has shown us time and time again why sibling bands stay together (‘…the members share a closeness and a bond that other bands don’t have, and that’s what probably makes sibling bands stay together longer than other bands…’) as they create exquisite and beautiful music; we have also witnessed the sameness of a few tracks such as “love u forever” and several re-released tracks on their debut EP. So how does their new label debut single “Where I Wanna Be” on Dream Records rate? Well it’s a bit of a step up from “love u forever” but definitely not my much. The passion and the enthusiasm are both there, and there’s no denying the truth in the lyrics. Yet musically there’s definitely an overreliance on electronics and autotune. Lyrically simple, the song is catchy, but by no means memorable- repetition and a heavy emphasis on EDM is apparent. And after I have listened to this song, it’s unfortunate to say that I found myself forgetting how it went musically and lyrically- which is bad. It’s a shame, cause Zac, Jesse, Jake and Morgan are quality singers and songwriters- maybe the ‘right’ song hasn’t come yet, to light up our radios and our iTunes playlist. Will they ever do a song like “Reckless Love” or “You Say”, which stretches beyond the music markets originally planned for the song? Maybe, maybe not. Regardless I reckon “Where I Wanna Be”, though enjoyable, resides in the category of ‘ho-hum’, and I’ll still be patiently waiting for Bonray to wow me like no other. I know they have it in them. It’s just a matter of time I guess.