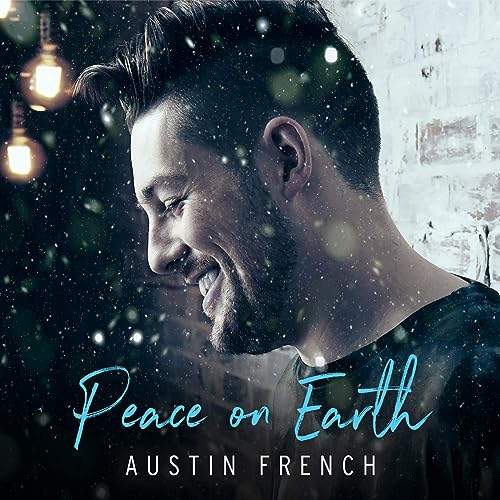 Over the past few of years, I’ve been surprised and shocked in a good way by a lot of things. And one of the things I was shocked greatly by (and this wasn’t in a bad way- not by any means!), was this: that if you listen to Austin French’s debut single “Freedom Hymn”, or any of his other singles such as “Why God”, “Born Again”, “Good Feeling” or “Wide Open”, you probably wouldn’t have believed that he was only 24 years old at the time of his 2018 album releasing. Now I don’t know exactly what I was doing when I was 24 years old, but it certainly wasn’t being in the spotlight and having a music career. So just think about that. While many of us were just figuring out what to do with life, especially in this dumpster fire of a year that is 2020; Austin has had this surreal life for the past few years- one that I’m sure he didn’t even plan or envision for himself. Therefore I’m also sure that you would probably think that someone that young writing music this profound and heartfelt, as evidenced from many tracks on Austin’s debut album Wide Open; is very rare in the music industry, in any genre. I’d say you’d be right- but Austin’s journey isn’t a normal journey. In fact, God has had His hand on Austin for a while now, and the plans He has for him are coming more into fruition than ever before.

Now at 26 years old, Austin, together with his wife Joscelyn, is a full-time worship leader and worship pastor at The Avenue Church in Delray Beach Florida, where around 80 percent of the members were recovering addicts. Austin also had his plate full when he became father to two young boys within months of each other. These big impacting moments of his life formed the basis of his inspiration for a few melodies on Wide Open, while now this year we were presented with the follow up project from Austin- a compact 6 song EP titled Wake Up Sleeper. The world being in such an uncertain time right now due to COVID-19, the world is yearning for inspirational and uplifting music that can encourage and help us make it through the day- and Austin certainly delivered in terms of catchiness and accessibility here! Now in December, in the spirit of Christmas, Austin has delivered his all original Christmas tune “Peace On Earth”. How does this stack up to other original Christmas songs this year from for KING & COUNTRY (“Heavenly Hosts”), Delta Goodrem (“Only Santa Knows”), Tori Kelly (“25th”), Pentatonix (“Thank You”) and Building 429 (“Hope Is Here”), to name a few?

And the answer is… while Austin’s song sure sounds Christmas-y, and containing many explicit references to the Christmas story unlike many songs from Passion’s Hope Has A Name; the song sadly doesn’t do anything for me. It isn’t that memorable, nor engaging, no punchy. It’s just… there. It’s a middle of the road CCM pop song about praising Jesus, and asking God to ‘…let there be peace on earth, let there be peace on earth, long awaited love, heaven’s come for us, let there be peace on earth…’, but after the duration of the song, I’ve forgotten how it goes- and that’s definitely a bad sign. It’s not bad, don’t get me wrong. It’s just not memorable. Someone else could resonate though, and that’s totally fine.

Becoming a star through the ABC reality TV show Rising Star, Austin French is still a new-ish artist to keep an eye out for. With Wake Up Sleeper EP becoming a favourite of mine for the entire year thus far; this new EP is sure to take the world by storm and impact the lives and hearts of many. Sadly, the Christmas single falls flat, so everyone let’s just bypass this and go back to Wake Up Sleeper EP, shall we? So what are you guys waiting for? Check out “Wake Up Sleeper”, “Perfect Love”, “Jesus Can” and others…and marvel at the wonder of Austin’s heart for Jesus and passion for worship! But “Peace On Earth”? Yeah, that’s better off left on the proverbial shelf, collecting dust.