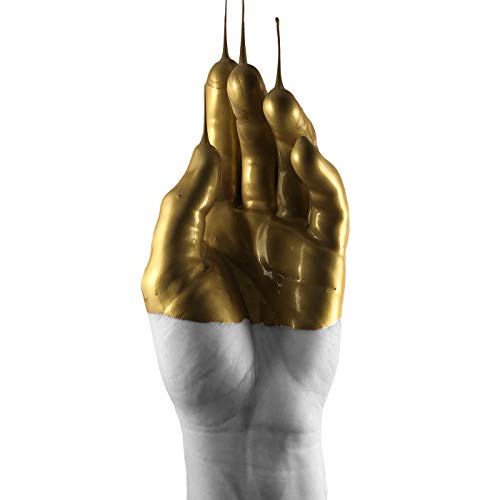 Every once in a while, an artist comes out of nowhere, surprising you in a good way as you hear a feel good song, bopping your head and tapping your toes, all the while connecting with the deep and meaningful lyrics and the relevant content. Such a song that has resonated with me to the degree I mentioned above is Apollo LTD’s “Gold”, which released in August this year, via Centricity Music.

Now I don’t know anything in the slightest about Apollo LTD. In fact, when I heard “Gold” on my recommended Spotify playlist (as well as in my Release Radar!), I initially thought it was a one-man band from Josh Engler (frontman of Abandon!)- however I was later on mistaken as I searched online for more about the group. Turns out that Apollo LTD is a duo, comprised of Adam Stark and Jordan Phillips, and their music has been popular in the mainstream media- and according to daily plaympe, we find out that the band have ‘…shared the stage with the likes of Panic At The Disco, All American Rejects, Ke$ha, Andy Grammar, John Mayer, and DNCE. Their music has been featured on national ad campaigns for Lowes and Verizon Wireless as well as Grey’s Anatomy and numerous CW and MTV shows…’. With both members having a strong sense of Christian faith, they are currently walking the same, or at least similar paths to artists like Switchfoot, Needtobreathe, Skillet, Relient K and Mat Kearney to name a few (which I probably why I haven’t heard much of them at all!) But “Gold” has put them on the map, as we hear a pure CCM pop track with both Adam and Jordan emphatically declaring that ‘…You hold the doors wide open, there’s nothing Your love leaves broken, everything that You hold, You make it shine like gold…’, with reference to Jesus invading our lives, and showering us with His unending love, thus making our lives like gold- better than it was before! The beauty of this track though is that it’s ambiguous lyrically- the group could be singing about a mate or a loved one, and I reckon that’s a good thing, as listeners from all walks of life are drawn in. Hopefuly the love of God can reach more people that way, and hopefully “Gold” is the first of more decidedly overt Christian songs that Apollo LTD release!

“Gold” has encouraged me to remember that Jesus makes everything around shine brighter; and has also encouraged me to check out the rest of Apollo LTD’s discography. While only time will tell what kind of songs Apollo LTD record next, I am very intrigued and quietly excited. So what are you waiting for guys! “Gold” is your anthem for the rest of the year, even if you don’t believe in Jesus yet!