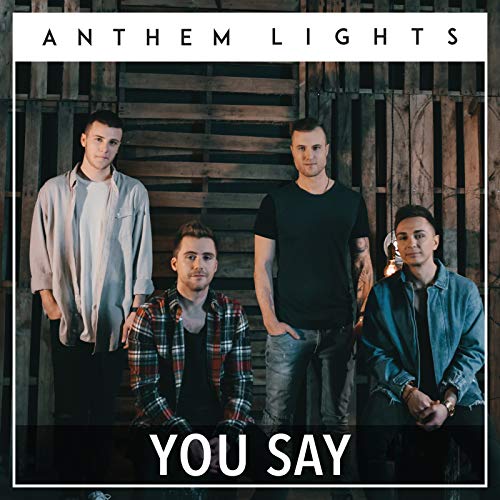 Anthem Lights, formally known as Yellow Cavalier before they signed with Reunion Records; have garnered quite a fan base since the band’s inception. The band previously unveiled their self-titled debut album in 2011, an acoustic EP in 2012, 3 more studio albums (You Have My Heart, Escape and Painted Skies) in 2014, 2014 and 2017 respectively, plenty of cover EP’s and albums (inclusive of a Disney and Christmas EP’s!), as well as a brand new single “Just Be You” last year (which isn’t present on their latest album!), and their 2 hymns projects in 2017 and 2018. There’s also been a few member changes (the exit of Allan Powell and Kyle Kupecky, and the additions of Spencer Kane and Joseph Stamper); and this year they’ve started up a podcast, which you can view on iTunes here. I guess it’s a busy time if you’re an Anthem Lights member, however their hectic schedule hasn’t diminished the quality of their songs and videos- evidenced by the fact that all four members are also juggling solo careers as well as being members of the group. What a group of hardworking young men of God! This past week, yet another melody surfaced online from the group, this time a cover of Lauren Daigle’s recent hit single “You Say”.

I won’t say much about Lauren Daigle (I’ll leave it to Jon when he reviews Look Up Child in a couple of weeks’ time!), except that you can check out more of her bio on Wikipedia and read our posts about her here; however I will say this. That I reckon aside from “Reckless Love”, “You Say” is one of the most popular songs all year from all genres. Yep even mainstream as well, as this article from New Release Today can testify. So that’s even more reason for anyone, yes even non-believers, to check out this song, and even more reason for us to check out Anthem Lights’ version (cause seriously, the harmonies here are so much on point, it’s out of this world and crazy brilliant!). It’s great that Anthem Lights are using their big Youtube presence and their internet platform to spread the kingdom of God, and I guess any opportunity they get to share with their ever-growing fans the love of Jesus is a good thing. So… Anthem Lights and Lauren Daigle are two artists that we all need to check out and listen to over the coming months, and the band’s cover of “You Say” just proves the point that God is using these two artists especially at this time for greater purposes beyond even they could ever imagine- so let’s join them for the ride and watch Him change the world.

Anthem Lights’ cover of “You Say”, though only piano, is a brilliant version of an already flawless masterpiece. With Look Up Child being one of my anticipated albums for the foreseeable future, this song and version only confirms that fact, and also confirms the fact that Anthem Lights are one of today’s most influential vocal bands; so we’d better take notice to songs like this. With their faith keeping them grounded, I am certain that Anthem Lights will be within the CCM/pop industry for many, many years to come. Well done Anthem Lights for such a captivating and poignant melody, as we look to the future, and remember that ‘…You say I am held when I am falling short, when I don’t belong, oh You say that I am Yours…’!