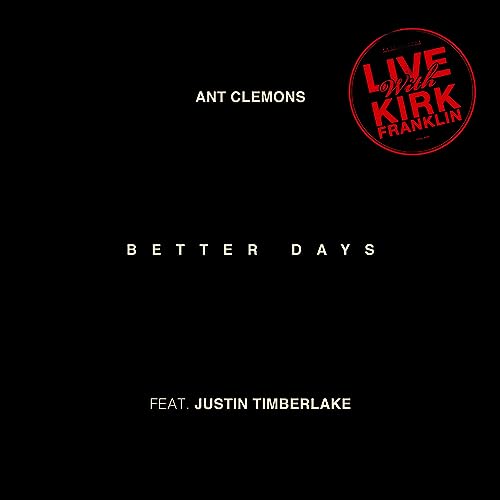 A Blessing / Legion / Human Re Sources

Everyone knows Justin Timberlake. Let’s just say that off the bat. I will be undertaking a blog post later on during the year about the influence of Justin’s music, as well as his acting, on the entertainment industry at large, but for anyone who doesn’t know who Justin is…well, lets just say that everyone should know who he is, and if you don’t, then I suggest that google is your friend…pronto. And now that anyone who doesn’t know Justin, has indeed wikipedia’d him; lemme just say that Justin’s new single, a duet with singer-songwriter Ant Clemmons, is quite possibly one of the most inspirational songs of the year thus far. A song that has become a beacon of hope and light, this song is a must-listen if you are a fan of pop music, inspirational music, R&B, Justin’s music of yesteryear, or even the music of famous gospel legends like Kirk Franklin and CeCe Winans. With one version with just Justin and Ant, and then another with an intro and outro spoken by Kirk Franklin himself; ‘Better Days’ is a track we all must listen to at least once, and become inspired by how open and transparent the song is, and that the addition of Kirk to both the beginning and ending, is something that makes this song move up to a new level, and allows the track to at least attract interest and intrigue from anyone who loves inspirational music, Justin Timberlake, or both!

‘…A few months ago, during lockdown, Ant Clemons and I wrote a song together called BETTER DAYS. (I actually recorded my final vocals for this song on election night…) This past year brought a lot of frustration, grief, anger — and there were times when it was easy to feel powerless. This song was our way of doing what little we could to encourage everyone to stay hopeful… and keep working towards a better, more equal future. I’m very honored to announce we will be performing this song on January 20th for the Presidential Inauguration. We have a long way to go to fix, undo, and rebuild this country… but I hope now, despite the past four years, we are on our way…’ ‘…Yesterday [January 21st] we all watched Joe Biden and Kamala Harris take office — and make history. And last night, Ant Clemons and I were deeply honored to perform our new song, BETTER DAYS, as a celebration of everything this administration represents… as well as a reminder to keep our eyes on the road ahead. We have a lot of work to do, but I’m feeling very hopeful for this country right now. A huge thank you to my friends, students and alumni at STAX (Stax Music Academy) for performing with us on your grounds in our hometown of Memphis. This is a very special place to me; because it exists to nurture the next generation of great soul communicators. And if we’ve learned anything this year, it’s that this new generation of voices is powerful and crucial to creating much needed change. I hope you all enjoy the performance, and I hope, more than anything, that this song brings a little bit of joy as we move forward…’

There’s nothing much more to say about ‘Better Days’ than Justin Timberlake himself has said about the song in the above paragraph. Justin’s eloquently written facebook post is a great reminder of how such a powerful song can attract such enthusiasm and passion and impact, from whence the song was written and recorded, til now. ‘Better Days’ is a great hopeful prayer, to cling to looking forward in the midst of a pandemic where you have no clue where the end is and when its in sight. Add to this, the social unrest and the political divisions caused by the killing of George Floyd and the election respectively; and ‘Better Days’ has come as a result, reminding us all that regardless of what we’ve all faced throughout the year, that there’s always a ‘…light at the end of the tunnel…’ As the song was birthed when both Justin and Ant collaborated via Zoom to discuss the state of the world, we see that ‘…I started on this idea, sent it over to Justin and we collaborated over the next few months and piece by piece, we constructed this small offering to the world. I pray the song empowers and uplifts everyone listening…’ A song that has challenged myself of late as I press on and believe in better days because I know the Lord is with me; this song can hopefully change the world in a way that the 1980s song ‘We are the World’ did…in my opinion, the song by Justin is that good. Well done guys for such a powerful song, one that can either be on Justin’s album or Ant’s, in the future.