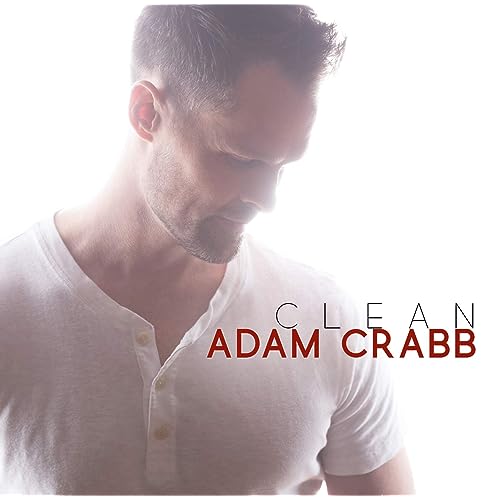 Everybody knows who Jason Crabb is, right? One of the veterans and staples of CCM/southern gospel music, Jason has been around for years and years, both as one of the lead vocalists of The Crabb Family (along with his two brothers and two sisters) and as a solo artist. Nominated for countless Dove Awards, and having released tons of inspiring and hopeful singles that have connected with many listeners around the world, it would seem that Jason stardom as a solo artist reminds us all that it’s only been Jason out of the Crabb Family that has been the most successful ex-member post band breakup. And that may be true if we’re defining success as being number of records sold and other tangible identifiers. However, this past month another Crabb is making music to remind us that he’s still at the top of his game, and still impacting the wider world that we live in. not that it’s a competition with Jason, but sometimes it’s easy to focus on the artist who’s receiving the most praise and recognition and thus we can let other equally as impressive artists fall through the cracks. Jason’s younger brother Adam Crabb unveiled his first solo album in six years, and the result is that Clean expertly and skilfully marries the genres of southern gospel and worship to perfection. If you’re a fan of Jason, then you’ll love Adam’s new album. And also if you’re a fan of worship music or gospel music, or even country music, then Clean will be right up your alley!

Opening the 11-track album is the acoustic guitar drive ballad “Where I Belong”. Standing tall at almost 6 minutes, Adam earnestly recounts that in the presence of Jesus is where we belong, and passionately delivers an anthem worthy of singing out again and again, perhaps on Sunday mornings in churches in the future. The perfect way to start an album that ultimately gives God all the glory, Adam keeps on delivering hit after hit, and slowly but surely makes me a firm believer of his music. “Higher” is your typical southern gospel potential single that brings to the fore vocal similarities with his brother Jason and fellow rockers Zach Williams and Rhett Walker. As Jason ardently relays to us that Jesus has everything in the palm of His hand, and because of that we can lift our Jesus’ name higher and higher; we are also met with the subdued and reflective hymn like melody “Devil’s Hand” focusing on victory in Jesus over the devil so that we can confidently assert that the lies the enemy imparts to us hold no worth nor value, with Adam speaking the Truth into our lives through the word of God.

CCM in nature and similar to something Jason Crabb would record, “There Is A Healer” is a musical and lyrical standout, with Adam fervently relays to us that Jesus heals and restores, and is the One who is always with us whenever we’re in a tight spot of bother. Probably the only song on the album with a chance of being played on radio, “There Is A Healer” encourages and comforts, that even on our worst day, God is still there, fixing what has been broken, and moulding us all into something new and something better. Personal story songs like the piano fronted title track and the heartfelt acoustic guitar ballad “Love Will Take You Places follow; with the former being an honest worshipful melody about Jesus being a champion (basically Adam’s testimony in song!), and the latter being a tearful and prayerful account the persona telling his daughter about the unending and long-lasting love of Jesus. Adam even covers Natalie Grant’s smash hit single “Clean” to great professionalism- yet even though I still enjoy Natalie’s version the most, Adam’s southern gospel twist on a modern worship track is sure to pique anyone’s interest!

With all of these ballads, you’d think that Adam is a one-dimensional singer and musician. Not so, with “Well Done My Child” being a bluegrass inspired toe-tapper filled with lyrically strong Biblical truth and Adam vibrantly highlighting the notion of Jesus forever being extremely proud of us just because we exist! Piano adult contemporary is where Adam goes into next, as this 90’s inspired Avalon or Michael English inspired track “Cross Made The Difference” relays Adam’s reliance on the cross that Jesus died on (and is also inspired by the hymn “The Old Rugged Cross”) and is a personal highlight. Penultimate track “Voices” is next, and is a story song similar to tracks from Matthew West and Steven Curtis Chapman, as we are encouraged to listen to God’s voice who is guiding us all the time to live the best life possible and a life that’s glorifying to Him. While Clean ends as quickly as the album begins, with “War!”. The second upbeat anthem, “War!” is a full on gospel Israel Houghton and Carman influenced track, as Adam sings to the devil, declaring that he is at war with him, as Jesus has won the war, so this ‘war’ is pointless, but needed in the end, if only to silence the devil once and for all. While one would say that in this world, one cannot fully silence the devil, I reckon “War!” is all about living life as if we’ve won the war. Even though we’re struggling with sin long after we’re a Christian, “War!” reminds us that the devil is still around, and it takes time to silence him, probably as long until Jesus comes back.

Adam Crabb still isn’t that known in the CCM and southern gospel industry as much as other peers and contemporaries, inclusive of brother Jason Crabb. But it’s in my humble opinion, that Adam’s popularity will rise from this release. It’s interesting to see how Adam’s career goes from here, and genre he chooses from his next album. Yet I will keep on supporting Adam’s music- that’s how crazily good Clean is. And though you all may not like southern gospel or CCM, please give this record a spin? You totally won’t regret it!

3 songs to listen to: There is a Healer, Champion, Cross Made The Difference