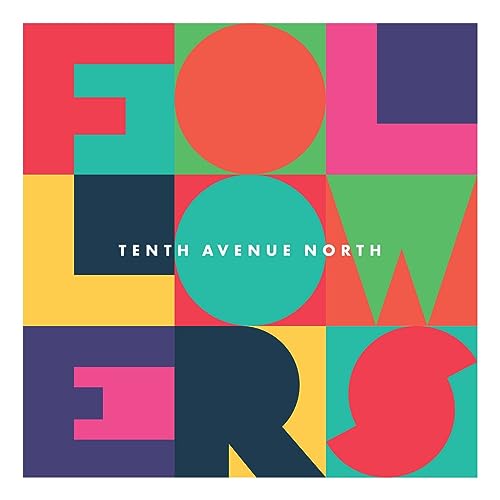 As I have, by process of association, been immersed in quite a lot of the music artists that my brother Jon has been writing about over the past 3 and a half months or so; I’ve also come to realise that more often than not, the song or album that sometimes hits you and sends chills down your spine, isn’t the one most recent, nor the most popular. It’s the song that flies below the radar, the one that’s unassuming, the one that quietly changes lives. Sure, it may be an album that’s popular and recent, however that’s a pretty rare case if you really stop and think about it. If you really believe and thus declare that right now your favourite album of all time is something which just released last week…well, you must be kidding yourselves. Music and the overarching messages and themes that we can all pick out and apply to our own lives, must be given room to breathe and time to sit in our hearts as we ponder the deep questions of life and wonder how that particular song can apply to whatever situation we’re in. And as time progresses, songs we’ve previously thought as childish, immature, corny, cheesy and just plain weird, start to cultivate a life of their own in our hearts, and thus we begin to see the value of such tracks.

So coming back to what I reckon the perfect gap between albums is- I think it’s around about 2 ½ or 3 years. Anything less (albums every year!), and you have filler songs- and anything more (one album every 6-7 years!), and no matter what you release, the listener won’t be impressed because ‘you took so long to release only 12 songs or only 15 songs!’ etc. But what does that have to do with anything, you ask? Well, just this past week, I’ve seen my assertion of ‘perfect albums’ in action with Tenth Avenue North’s album Followers (which released 3 years ago!), and for KING & COUNTRY’s Burn The Ships (which released last year after the duo took an hiatus of 4 years!), in that these albums which have had room to breathe and to just sit (Followers after being released, and Burn The Ships while being recorded!), have both inspired and encouraged me to take a look at my own life to see if there’s anything I can surrender to Jesus. See when it all boils down to it, both albums speak about total surrender to God, and letting go of our control. It’s a scary notion, and something we all want to selfishly cling onto, but I reckon true freedom comes with knowing that Jesus- the maker of all the heavens and the earth- is holding our lives in the palm of his hands, and that we can rest in the arms of our Father, and in the knowledge that our perfect Father can be trusted to ensure our lives are all the more brighter and sunnier when we follow His lead.

About a year ago, my mum fell down and broke her foot. I wrote a whole blog about this ordeal last year, which you can read here; but the long and short of it was (for those of you who are a bit lazy and don’t want to go to another link!) that God showed us the importance of being still and reliant on Him more in that season of uncertainty. We had to depend more on God…I’d have to say the most in my life at least, while any semblance of control we had was thrown out of the window. For those first 2 or 3 months post the fall and the operation, our lives wouldn’t be the same- and anything we needed or wanted to do would have had to wait until some other date in the future. As far as control went, we longed for it, but realised that we couldn’t have it, if we were to take care of Mum efficiently and effectively. We had to give it over to God.

Since that time, in that year since then, a lot has happened, in terms of my own personal life, at the store and in the lives of everyone else in my family. Jon has started a new blog series about Most Influential Artists of all Time (a blog series that could go on, and on, and on, and on- and I mean this in the best way possible!), as we both expanded our horizons musically from just Christian artists to Christian and mainstream; while we attended our first concert in 7 years- for KING & COUNTRY at the Opera House in January. Our storeroom was broken into twice- and we had to deal with the feelings of insecurity and uncertainty that went with that; while also numerous times throughout the year our external hard drives were acting up, which was a pain and an inconvenience. Mum’s foot ultimately healed, but she was never the same in that each day she puts emphasis on the previously broken foot, there’s a feeling of intense pain on that same night.

Work was work (I mean, it’s the same, how often does work change for all of you guys?), while there were a few instances of disagreements/heated discussions when I or Jon went out to eat at our local café, and also at the bank where we deposit our money. A few times we’ve had to keep our head down on the train because of uncomfortable situations (like a homeless person asking for money!), while I also blogged about Thanksgiving, Halloween and Christmas last year. This year the four of us went to Bowral to celebrate our grandparents’ 60th anniversary (and we left the staff at the store for a couple of days!), while we all felt the pinch when our barista broke his hand in January, and we all had to work extra hours- he’s back and good as new now! All in all, it was a good year, a real satisfying one- and though one of the only regrets I had was falling behind on several TV shows, which I know I’m not going to catch up with any time soon; I can hardly complain about how the year has gone.

Yet there were some moments when I thought that I could do it all on my own, but realised I couldn’t. Sometimes moments at the store during insane moments of busyness, and other moments were when the storeroom was trashed or when the homeless guy was asking for cash. And herein lies the point, and the point that was driven home by albums such as the aforementioned two from Tenth Avenue North and For KING & COUNTRY. In those times, and I’m sure other moments in the future, when our grip on our control loosens, and is tested, what do we do? Give everything over to God, as in everything? Our house, our car, our job, our marriage, our kids, our lives, our dreams, our plans, our past, present future, friends and family? I mean, we’re not going to be a priest or Amish, right?

So why do we need to hand over control and surrender our whole lives? And while I don’t have a clear cut answer, and one that will suffice if you all are asking deep and loaded questions that I probably haven’t studied up on; let me just say that a life with Jesus leading instead of you taking the wheel and Him being a spectator, is much more satisfying and fulfilling. A life with Him at the wheel is the best thing, because He is God and He knows best- much more than us and much more than we can fathom, beyond our understanding. So Mike from Tenth Avenue North, and Joel and Luke from For KING & COUNTRY have all shown us in these heartfelt and poignant melodies which predominately focus on relinquishing our complete control on our lives and instead giving it over to our Heavenly Father; that walking and believing in the promise that we don’t have to do anything, is a notion that we can be completely ecstatic and joyous about. The notion that we don’t have to try harder or do more, for God to move in our lives and make it infinitely better than before, is also a notion that we can be optimistic about, as we move into the plans that Jesus has for us. Knowing that we are safe and that ultimately, all things work together for our good; should be enough to get us through this life. And if somehow it isn’t, let us listen to these albums and remember that having total control isn’t all that it’s cracked up to be!

As I finish this blog for this week, let me ask you- what have you held onto that you need to let go of? Do you want to be in total control of something that you know that Jesus needs to be? Why/why not?

Until next time, guys!