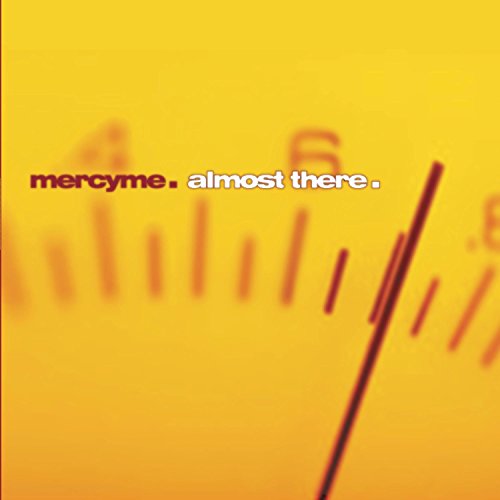 Recently I’ve been feeling tired of late. Physically exhausted, and tired in the sense that at the end of every day, one of the only things I want to do when I arrive home is to go to sleep. Now partly one of the reasons why this is the case is because of another café a few weeks ago in the shopping centre fully closing down for renovations (and I’m not sure when café in question will re-open, or if at all!) and we are all of a sudden reaping the benefits of extra customers who were previously regulars of the café that closed. More customers means that our store is busier more often, and while it’s a good thing in that we get more money, and we are more well known and respected overall for what we do; the side-effect is tiredness and a general lack of wanting to do anything else when we arrive home except for relaxing and recharging the batteries. But while I have lazed about at home, not really reviewing nor even binge-watching my favourite TV shows, I have been pondering. I have been pondering about what happens when the other café reopens again? Will our ‘new’ regulars flock back there, or will they remain loyal to us? I guess it doesn’t really matter in the grand scheme of things, but I do think about what were to happen if all of a sudden quite a few of our irregular customers left for the competition. What would be going through their minds? After all, we weren’t their first café of choice- we were deemed not good enough for them.

Everyone in society has preferences, has their likes, dislikes, and things they just do not understand or comprehend. We choose one brand of phone over another, one car over another, one TV show over another, we choose a potential boyfriend or girlfriend over another because of various reasons, we debate with each other over our favourite foods and favourite sports, and sometimes we hang out with the ‘wrong’ crowd, all because we think ‘they’re alright’ at the certain point of time. Why do we do all of these things? Why do we compare, and want our viewpoint to be correct, or us to be right almost 100% all of the time? Well, I don’t have a psychology degree or anything, but maybe I don’t need to. What I reckon is that we choose our preferences, not predominately because we think one thing is better than another, but rather the other way around.

We say item X is not good enough, so we settle for item Y. More often than not item X is the thing we gravitated towards intitially, but with some persuading and prodding from friends, family and mentors, arguments were given for Y, and then we chose Y, not because we really wanted Y, but because it’s the most logical choice. And while foods and TV shows and sports and movies are really preferences, and when you really think about it, it doesn’t matter if we eat X or Y (as long as we’re healthy) and it doesn’t matter if we watch X or Y (as long as it’s a show that’s edifying and speaking life into us); it’s sad sometimes, as more and more often I reckon people are putting themselves in the ‘hypothetical situation’ which is becoming more and more real. I’m not good enough. I’m not pretty enough. I’m too short. Too fat, not smart enough, too young, too old, I have anger issues, I have anxiety, I am shy, I can’t speak well, I’m claustrophobic, I’m not that knowledgeable; whatever you want to put in that sentence, guaranteed most of us have thought about it at one point or another, and that is what is holding us back. That is what is holding the human race back from being the best that I reckon it can be- the lies we tell ourselves, as we settle for second best.

As I work at the café and sometimes people watch, I reckon around half the people I meet aren’t happy with the lives they’re living at the moment. Maybe they’re happy with some aspects, but certainly not with others. I can see it on their faces, sometimes they look despondent, or tired, or downright angry. Whatever the case, I reckon we can sometimes walk around with a face that screams out ‘dreams seemingly dashed’ (although everyone around us don’t raise the issue, as it’s very insensitive to comment of stuff like that!), mostly because of what we tell ourselves. Sure, some of these things have merit (in the sense that you cannot be a singer if you have a dodgy voice, or you can’t effectively play sports professionally if you’re vision impaired), but maybe 7 times out of 10, we’re stuck in dead end jobs, in unfulfilling relationships, and with toxic friends, because we’re afraid of failure, we’re afraid of change, and sometimes we’re afraid of moving onto something greater and better. Dare I say it, we’re too comfortable, and that definitely needs to change. We all have dreams, hopes, desires, in our hearts though, and sometimes we ignore these longings, all for the sake of living a life more structured, and more organised, than the one that God originally intended for each of us.

I’d like to think that I’m not that comfortable. I like to think that I’m not buying into the lies that the devil has told me. I’d like to think that whatever good things God has for me in my life that He wants me to walk into, I’m going to walk into them confidently, and not believe anything about me that isn’t true. So my love of music, and my want to write and eventually release original songs to the world (either through me singing or others), as a long term goal, is something that I think, no, that I know, I should hold onto, for as long as God wants me to, regardless of who thinks it’s a good idea versus who doesn’t. Even if my parents are not for me in that area of my life, knowing that God is with me and God is for me, should be reason enough to pursue the things I want to, even if it is farfetched. As we serve a God of the impossible, we can strive for the improbable in our lives, as we know God will do everything to make our dreams reality if it is His will- and he’ll close doors if it’s not of Him. Doesn’t mean that we should sit and bum around while treating God like a genie; but rather we can actively do our bit, and God will take care of the rest

The lies that the devil tell us, that we’re not ___ enough, that we’ll never measure up, are just that- they’re lies. But if you need further motivation and encouragement in order to believe that the things we should think about ourselves, that the things in our hearts, and our desires placed by God, are worth holding onto; then look no further than MercyMe’s debut album Almost There and the rags-to-riches success story of how that album was made. Everyone loves a good ‘underdog’ story and how MercyMe was formed and how Almost There was made is an underdog story. One reason why I love listening to this album, and why I can’t get enough of these heartfelt and inspiring melodies, is also because of the feel good inspiration and message of hope, that we all can reach our dreams, with God’s help, and if we take the first step, and believe that we are as good as God sees us- and He sees us as perfect sons and daughters of the Lord Most High.

While I will unpack more about I Can Only Imagine and my thoughts about the movie in a later post (you can read our first impressions review of the movie in the meantime here!), what I will say is that Bart Millard and his friends formed the band, and it was hard work, no doubt about it. But they persisted, never gave up, and in the end benefited and reaped the rewards of God showing his providence to them. Along the way, things were said about the band that just weren’t true (those statements are elaborated upon in the movie!) and the band could have took those comments to heart and not continue as a band. Instead, these comments were like water off a duck’s back, as their worth wasn’t in the words, but in the God who made the words. Their worth wasn’t in the approval of man either (if it was MercyMe would have quite at the first meeting with a label where they didn’t get signed!), but instead in God, who already gave approval.

When people said to the band that they weren’t good enough, MercyMe didn’t listen. The movie really is a brilliant feel-good story, and even if you’re not a Christian, I reckon this movie still applies and still is one that you should watch, as it reminds us of being determined, resilient and committed to something we’re passionate about, regardless if we fail or if we succeed. The album Almost There is evidence of a job well done by MercyMe, a lesson in never giving up, and always keeping our eyes fixed on God- and especially “I Can Only Imagine” as a track written based on Bart’s relationship with his dad; we remember that even the circumstances and situations in our lives that are unfortunate and we’d like to forget; God can use and will use for His glory. Even if you are not a person of faith, I’d say you should listen to the entire album of Almost There, as it reminds us that good things can and often do come to those who believe they’re good enough. Because you are good enough, so believe that truth, the truth that will never fade.

Is there a dream placed on your heart that you think you won’t achieve because of certain things spoken over you? Words by your friends and family that you won’t measure up? Remember that these are just lies, so let us instead dwell upon God’s truth, that we can do anything we set out mind to, we just have to believe that the God of the universe is strong enough to make that happen for us if He wants to. Whether you know it our not, and whether you believe it or not; Jesus is with you, therefore you can do greater things that you can ever imagine, because of who is in your corner, fighting for you!

Which song from MercyMe’s Almost There hits you the most in terms of knowing that you can accomplish anything you want to with God on your side? Let us know in the comments below!

PS- I’ve also posted some other encouraging videos that you can, and I think you all should watch, and be inspired by, when it comes to self-worth and identity. Thought that it might hopefully help some people…

One thought on “FLASHBACK FRIDAYS: WEEK 10 (Almost There by MercyMe)- Why there is no such thing as ‘not good enough, not tall enough, not pretty enough, not smart enough, and not worthy enough’; and why we always want to cheer for the underdog!”