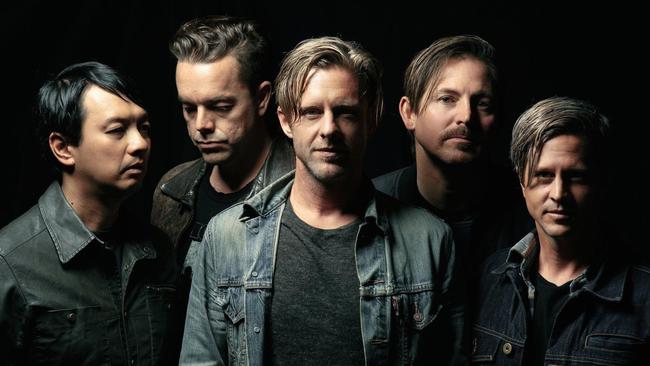 Have you guys ever stopped and just wondered, thought about the age of all the music you currently consume? I mean, let me break it down for you if you’re feeling confused. If you look at a sample size of around 10 random songs from your iTunes or Spotify or whatever music streaming device you listen to, what percentage of tracks would be from 2010 onwards? Maybe around 90% I reckon… But what percentage would be from 2017 onwards? 50%? Why is this the case? What  is it about people these days that think ‘oh, it’s pre 2017, I’ll skip this song and listen to something more recent (and better!)’?

The fact is… I don’t know. And for me to try to get into the minds of people, and come up with a reason, and also solution to us being bored with music in general, and always wanting to hear the latest song; would take a long, long time, across several posts. Frankly, I’d imagine if I did that, and tried to write an exposition, you’d be frustrated, and bypass this post, and other posts similar, even if the message of what I’m trying to communicate, is something we all need to hear. So instead I will say this.

Though it’s more than ok to keep up with the latest music and listen to the latest artists and songs, I reckon if you do that at the expense of other hit tracks from the 80’s and 90’s and 2000’s, or even a hit song from last year, then that could start to be worrying. We may be more of a consumerist than we think (discarding a ‘new’ song even after a week, to hear the latest track, then the cycle repeats itself!), and how do we stop this slide?

It’s not easy, there is no answer, and we’re susceptible to this too. I mean, at this site, we have reviewed the latest albums (which you can view here!), and while that’s a good thing, I have recently started wondering why we haven’t, and why don’t review albums from 5, 10 years ago, or even longer? Or even if it’s not a review, just voice our thoughts and opinions for a few paragraphs, and tell the story of how ‘album such and such from this year’ impacted our lives in many different ways? Do we deem albums pre 2010, or even pre 2017, not worthy enough to have an extensive post written about it, because it’s ‘old’ and not current?

This year, I have decided to write something bold, something courageous, something daring. Something sustained, something every week, and something that will hopefully at the end of it all, will change my outlook on music forever. ‘Flashback Fridays’ is something I just thought of today, but it’s nonetheless very close to my heart. (Let’s pray this doesn’t become like all of the other blogs we’ve started but haven’t been successful in posting on a regular basis…)

For the next 52 posts (for the next year or maybe just less than that), I will write my thoughts, and opinions (not a review per se) of 52 albums that I have found influential in my life thus far, and how these albums have shaped me to be the person I am today. With albums spanning quite a few decades within my list of 52, you guys are in for a treat as you hopefully join me for a yearlong ‘project’ if you want to call it that, as I delve into which albums impacted me in which area of my life (and in some posts, I may elaborate further, with a specific example on how a certain album or song has impacted on a certain pivotal event in my life…).

It’s a time for me to be vulnerable, through me showing you the music that speaks to me the most- and at the end of the 52 ‘mini-reviews’, I can hopefully give you all a bit more insight into how music has impacted and shaped my life, and hopefully remind you all that an album isn’t bad by any means if it’s made in the 20th century. And vice versa- an album may not be fantastic or even good, just because it’s just released in the past year, month or week. So who’s with me? Ready to embark on an adventure and find out more about who I am as a person? Ready to learn more about myself and which songs helped me through trials and tribulations? Let me remind you, that each post may have a different layout, it all depends on how God leads me when I’m writing each post. Anyway, see you all next week, and below, is the list of 52 albums that I plan to dive deep into.

Note: As the weeks go by, links to each of the 52 posts will be present in the list above, so bookmark this page as your favourite if you want to.

One thought on “FLASHBACK FRIDAYS: INTRODUCTION- A Year Long Exercise into the 52 Most Impacting Albums in my life thus far!”