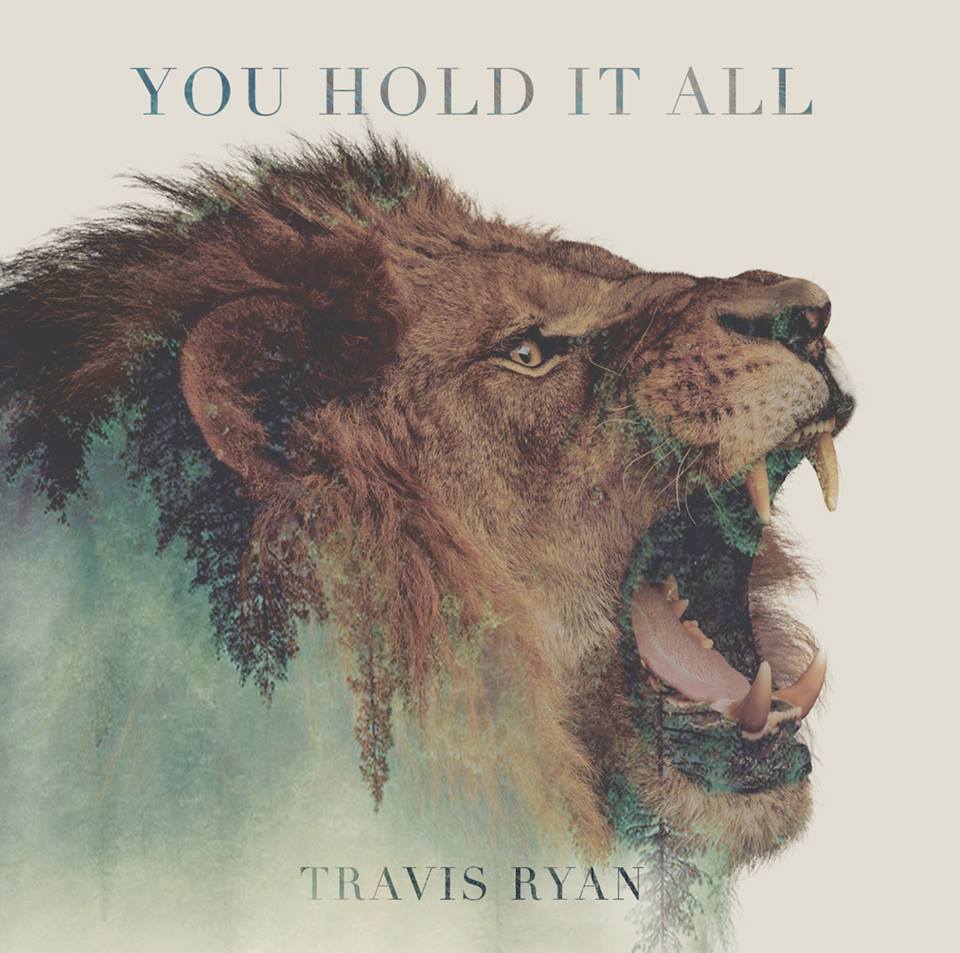 Travis Ryan– You Hold It All (Amazon mp3/iTunes)

Similar vocally and musically to Paul Baloche, Integrity Music worship artist Travis Ryan made a huge impression with listeners and critics alive with his debut solo album Fearless in 2012, with the Saddleback Church worship pastor delivering an honest, moving and confident debut. Now fast forward three years later, and Travis’s sophomore project has arrived- a five song EP titled You Hold It All, a testament of God’s faithfulness, in the beautiful and the gut-wrenching circumstances and situations God has led Travis on. With an accomplished, skilful and matured sound similar to Steve Fee or Matthew West, Travis Ryan’s prowess as a writer and singer, evident in his first album, carries on here as well, as he has captivated me with every song. Travis has perfected this second album, and sung his heart out, inclusive of the widely popular and critically acclaimed smash hit “We Believe”, recorded previously by the Newsboys. With the overall theme of the album being that God holds everything in the palm of his hand, that everything we are going through can and will be used by God for good and His glory; these 5 songs are something to behold, capture Travis’ raw emotions and heart for Jesus fittingly and quite exquisitely. This project is definitely a breath of fresh air that is revitalising and enjoyable to listen to.

Opening up with “We Believe”, co-written with Richie Fike and Matt Hooper, we are introduced to a chilling piano undertone as well as some light electronic and synth effects, with this emphatic track basically sings out the Nicene Creed, professing what we as Christians believe about Jesus Christ. As believers, we can say without question that we believe in the Father, Son and Holy Spirit (the Trinity), the crucifixion, the resurrection, and the second coming of Jesus Christ on Judgement Day in the future. While Rich Mullins gave us the biblically and theologically sound “Creed” (which was made famous by Third Day), which in essence says the same thing; it’s definitely nice to hear another explicit proclamation of our faith that ‘…the gates of hell will not prevail, for the power of God, has torn the veil, now we know Your love will never fail; we believe…’. Vocally, Travis here is at the top of his game, and this version comes a close second in enjoyability, compared to the Newsboys’ rendition, in my opinion!

The remainder of the four songs are tracks we all haven’t heard before til now. “Until My Voice Is Gone” is a simple worship anthem driven by strong electric guitar, vividly and depicting the notion that no other one like Jesus can save us from our sin, and there is no one else like Jesus, so we can and should praise Him all day long. As Travis fervently cries out that ‘…I raise my hands till my strength has faded, stand in awe until my knees give way, I will lift my voice and shout a grateful song, I will sing, I will sing until my voice is gone…’, that kind of dedication to Jesus and reminder of His sovereignty should make us so excited, and should make us want to give an expression of that excitement, whether it is through shouting, dancing or jumping up and down.

Travis then proceeds to gently and softly whisper (then boldly proclaim and assert as the song progresses to an epic worship anthem and a soaring orchestral finish!) in the piano led ballad “Forever Holy” that Jesus reigns forever, deserving all the praise, in spite of our own circumstances. God was, is and is yet to come, and He loves us very much, of which the extent of God’s love boggles the mind, and that should be reason enough to give God all the glory. The piano led, later on guitar focused worship anthem “You Are Able”, the penultimate song on the record, stands tall at 7 minutes, and has Travis ardently and passionately crying out that ‘…You are able, more than able, to lift my weary soul, You are able, more than able, You never let me go…’. A prayer of acknowledgement, that God can and will deliver us from any and all adversity, even if we do or don’t ask Him to, “You Are Able” is simple lyrically, but nonetheless is impacting, as we praise our Lord and Saviour. Yet it is the EP closer, and the title track, that holds a special place in Travis’ heart, and the message and delivery show that it’s probably the most personal and emotional song of the year!

Drawing inspiration from personal experience, as Travis’ wife miscarried during the writing of “You Hold It All”, the couple’s daughter Scarlett, born after the miscarriage, is a reminder to Travis that God holds the whole world together. But more importantly, God loves us each more than enough, and is interested in our own personal lives so much, that he holds each one of our lives together, knowing the future, and guiding the plans He has for us. Driven by soft piano, and later on by big booming guitars and drums, this captivating and epic worship anthem, forming the lyrical and thematic basis for the EP, is sure to bring healing to many lives, as Travis sings out his testimony, that ‘…You stand alone in splendour, You reign in majesty, Your hands formed all creation, Your hands are holding me, You are my Hope forever, You are my sovereign King, You are my Friend and Saviour, You are my Everything…’.

Co-produced by Michael Farren of Pocket Full Of Rocks, Travis Ryan‘s second release You Hold It All is one to savour, and in my opinion is one of the strongest sophomore worship albums I’ve heard in a long time. Travis has excelled in singing and writing worship anthems with a rockier edge, and it doesn’t hurt that the subject material is something we all need to hear. Humanity has always struggled with the notion of God holding everything together, and surrendering control over to Him and with Travis providing us with no-nonsense reassuring melodies that can give us hope, this release is somewhat necessary to listen to, as we shift our focus from doing everything ourselves, to letting God have control. Well done Travis for a well-constructed and lyrically solid new release, I look forward to your next album, whenever it releases!

3 songs to listen to: Until My Voice Is Gone, You Are Able, You Hold It All