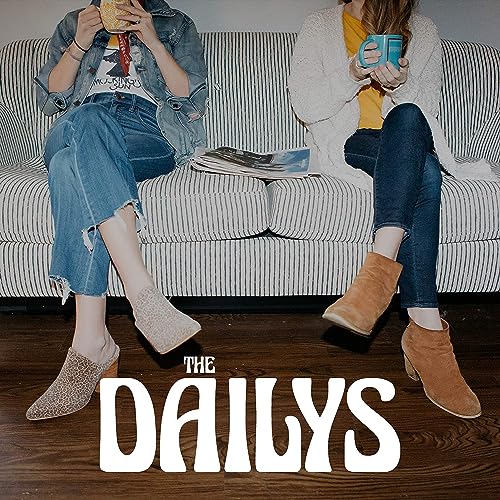 2020 has been full of musical surprises. Needtobreathe released arguably one of the most cohesive and articulate albums to date, and their album Out of Body has impressed critics and listeners alike; while for KING AND COUNTRY unveiled to us their chart-topping and life-affirming single ‘Together’ featuring gospel legend and superstar Kirk Franklin and pop/gospel crossover artist Tori Kelly. Natalie Grant released her comeback album No Stranger to rave reviews and a heartfelt Casting Crowns cover in ‘Praise You in This Storm’, while another prominent female voice in CCM, Rebecca St. James, also made a comeback to music, with her EP Dawn unveiled to us in July 2020. Then there’s the duet that we as fans of Christian music never knew was possible. Ellie Holcomb and Jillian Edwards, both rising singer-songwriters within the realms of folk and CCM, have come together to collaborate on the single ‘Bring You Home’, under the moniker The Dailys. Whether or not this collaboration between the two respected artists in a one-time thing or not, remains to be seen, but when this song dropped digitally not too long ago, I was full of anticipation and excitement, even though the track itself has gone under the radar since it’s release.

Both Ellie and Jillian have had respectful careers in music thus far, and both have reminded us all of the much-needed place of folk and acoustic singer-songwriter within music in general. We as a site reviewed albums from Ellie Holcomb and Jillian Edwards recently (the reviews for Constellations and Sing: Remembering Songs can be viewed here and here, while the Meadow review can be seen here) and so for a new release from a ‘new’ artist The Dailys was something very much to be excited for. And so the verdict? Definitely a listen if you’re a fan of Ellie’s music, Jillian’s music, or both. A song that is sung from the perspective of God (or just someone who’s willing to travel off-course in their own journey in life, in order to help someone else in their journeys at the expense of their own); ‘Bring You Home’ is a reminder of unconditional love that we receive from our Father in heaven, and also the love that we should receive (and do in most cases) from our family and close friends- one of sacrifice, and putting someone else’s needs above your own. To bring someone home means to go out of your own way, and maybe even at times forsake a dream of yours, in order to help the other person- sort of like a Good Samaritan story, or even one like the Lost Sheep, the Lost Coin, or even the Prodigal Son.

Whatever the case, this is the story of what is being presented in the song, that someone willing to break their hearts to make us whole, to lose their way, in order for us to find our way home, is someone I want to know, and know to the fullest that I can know someone. ‘Bring You Home’ is a song that cuts to the deepest of what a friendship should look like based on unconditional love and support. While the song itself plays more into Jillian’s vocals compared to Ellie’s (personally I hear a lot more Jillian than Ellie- maybe Ellie is just backing vocals, or just sounds too much like Jillian in this song in particular!); the song itself is one of the bright sparks of 2020, and a great reminder that the singer-songwriter genre is still alive and well and is a great alternative to the constant radio CCM bombarding the radio stations on a daily basis. Well done to both Jillian and Ellie for this track. Here’s to more hopeful collaborations between the two, in the near future, however that may look like!