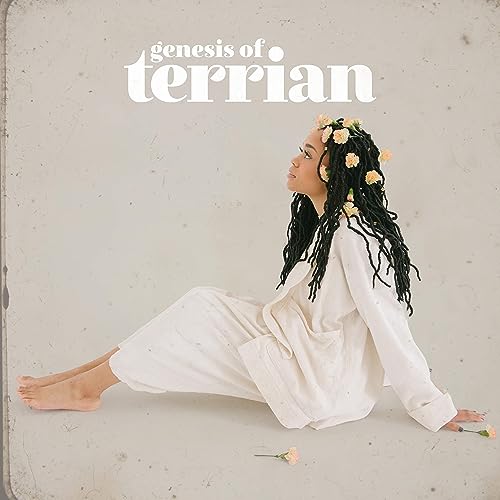 Is there anything TobyMac can’t do? Seriously! I mean, apart from being a full-fledged singer/songwriter and influential musician in the CCM industry (could he be a late addition on our Momentous Mondays blog series? Hmmm…), and being nominated a crazy amount of awards throughout his time in the spotlight, as well as recently dropping a collaboration/remix project of songs off The Elements from 2018 (called the St Nemele Collab Sessions); he is also the CEO of Gotee Records- previously a large but now a small, tightly knit label group with a handful of artists of which most Toby has ‘found’ and has since nurtured to stardom so to speak. Not to say that Toby’s an active mentor to all of these artists, but his impact and imprint has been all over these artists, which is definitely a good thing. Even though Relient K and Jamie Grace are now independent singers, and Capital Kings have disbanded (and all three received their start through TobyMac!), and Finding Favour is probably disbanded (there isn’t any confirmation but I have a sneaking suspicion!); the current roster of Richlin, Courtnie Ramirez, Cochran and Co., Jon Reddick, Ryan Stevenson and Aaron Cole have all been moulded along the path of Christian music due to Toby’s presence in their lives. Well, it’s time for yet another young artist to step in and show the world what she can deliver to us. TERRIAN, one of Toby’s backing vocalists, and longtime member of the Diverse City Band, has decided to step out on her own and start her own solo career via Gotee Records…I guess under Toby’s tutelage. So what is the end result? After releasing her debut single “God With Us”, and her follow up second single “In The Arms”, as well as two more singles (“Let Love Lead” and “You Still Do”); it’s time to hear TERRIAN’s debut EP. A project called Genesis Of Terrian; we are met with a heartfelt and honest collection of melodies, where Jesus is at the forefront, and we are blessed to hear uplifting and inspiring worship songs to our Father and Saviour.

I’m really excited for people to hear Genesis of Terrian. I gave it this title because it truly does feel like my beginning. Each song differs sonically, making this a true reflection of who I am as a songwriter and artist. Lyrically, most of this EP deals with my journey of wrestling and surrendering. I’ve found solace in God’s word and what He has taught me in every season. I just wanted to sing about it.

Terrian is the ‘freshness’ that we need with a heart for the King that rings loud and clear [according to TobyMac] … she brings genuine joy to the people every night on stage with Diverse City. And now she has an EP that represents her youthful bounce as well as the deep layers of her faith. I don’t know ‘bout you, but I’m ready for this!!!

Opening the track list with the energetic and passionate “Give Me That Joy”, co-written with WE Are Messengers; we are met with a high-octane and highly contagiously joyful melody, whereby TERRIAN passionately reiterates how she wants God’s joy whenever she’s feeling down, about how she can look to God as the source of her joy and peace. It’s a simple concept, but this testimony type track gets us on our feet and dancing… so that’s definitely plus points to TERRIAN. “Light It Up”, also co-written with We Are Messengers, has TERRIAN introducing to us a Jamaican/Caribbean atmosphere, and a worship anthem that essentially asks God to shine His light over us and shower us with His blessings and providence. “I’m In Love”, a love song directed to her husband Ian, is a slower-paced piano led ballad that wouldn’t be out of place on an Ed Sheeran album; while the redemptive and restorative uplifter and gospel infused “Walk It Out Together” speaks about a broken relationship that is mended back to wholeness when both parties choose to works things out, as TERRIAN authoritatively declares that ‘…nobody wants to walk this road alone, it’s hard enough, I know you feel it, you don’t have to do this on your own, I’ll carry you, we all need healing, tell me your story, I’ll tell you mine, take me right back, to your starting line, lay down your troubles, what’s yours is mine, we’re gonna walk it out together…’. Yet it is both the singles “Love Your Children” and “Stayed On Him (Isaiah 26:3)” that are the heartbeat and the anchor point thematically for the project!

About “Love Your Children”: I wrote this song thinking about a friend who didn’t grow up in a stable home. I’ve seen how it’s affected this person’s life as we’ve grown older. A lot would be different if the parents were loving and nurturing. However, they weren’t in a position to give that. Then, compassion came and had me wondering what their parents were like. The heart of this song is breaking the cycle and speaking of how far loving your children goes. More times than not, it brings the better outcome.

About “Stayed On Him”: There are many good things happening in my life right now, but I can’t let it take away from the fact that last year was madness for many of us. I believe ‘Stayed On Him’ gives an answer to all of that. It was this truth that kept encouraging me, knowing that if I kept my mind stayed on Jesus, He would keep me in perfect peace.

I believe that TERRIAN’s own ‘analysis’ of these two songs above is enough for you all to be convinced of the power of God and Holy Spirit living and breathing in these songs, providing and giving us life and life abundant. Yet let me just add to what TERRIAN has said, and echo the sentiment that “Love Your Children” is probably THE track to listen to this year, as it’s a song that speaks to the core of what it means to be human, speaking about how we all should love; and that “Stayed On Him”, a gospel and worship song, reminds us that at all times, we should keep our minds fixed on Jesus, so as to be grounded and reassured of His presence and His love for us at all times. These two tracks alone are enough for me to be excited for a full length TERRIAN album; but if you aren’t excited by these songs… well then you probably won’t ever be excited for TERRIAN’s music period!

Through lyrically and thematically simple, I’ve got to say that Genesis Of Terrian is one of this year’s most inspiring and powerful EP’s of the year. Sky’s the limit for TERRIAN, and let us hope that whenever her full length debut releases, that lives will be changed and hearts opened to the Gospel because of it! Well done Toby for signing such a gem of an artist, and a woman seriously on fire for Jesus! Now Toby…it’s definitely time for that official dc Talk reunion, don’t you reckon?

3 songs to listen to: Love Your Children, Walk It Out Together, Stayed On Him