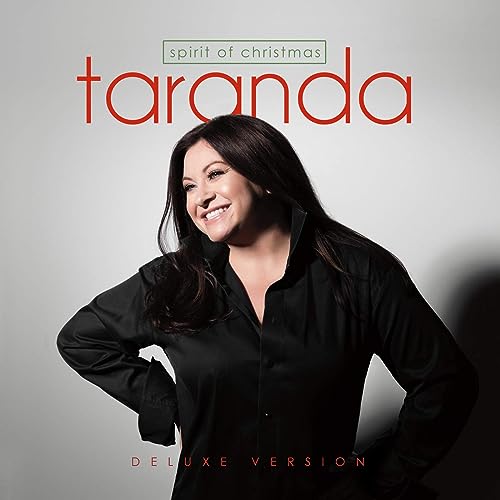 All throughout my life up until a few years ago, I was under the impression that Southern Gospel music was music I’d never touch with a ten-foot pole. Not that the music wouldn’t be technically good, but because I was never really exposed to the genre when I was a child, hence my assumption that music like the Gaither Vocal Band was maybe too over-the-top or charismatic or evangelical or whatever you want to call it. Too southern? I don’t know- does it sound like I’ve made a big, big, big assumption? My viewpoint that CCM was much more enjoyable and safer and better, was firmed up even more when I found myself enjoying Michael W. Smith and MercyMe’s setlists over Ernie Haase and Signature Sound’s, at a live concert in 2012. I guess you could say that my assumption about Southern Gospel music is kind of the same assumption that I had about country music until not too long ago- that it was too… Nashville-y for me to fully enjoy? Yet a few years ago, I found a few Jason Crabb songs to be impacting to me and enjoyable immensely- however I just chalked up my enjoyment to the fact that the songs I was enjoying was semi-CCM- and Jason was signed to Provident Label Group at the time of me listening to more and more of his music.

Yet it was when I took the plunge and listened to and review Cana’s Voice’s debut album (because of Jody McBrayer’s involvement in the group, and the fact that he’s a well-respected member of CCM band Avalon!) that I found myself equally amazed at the vocal prowess of both Doug Anderson and Taranda Greene. Both accomplished vocalists in their own right- yet both southern gospel artists as well. And what was I going to do with that information? In 2018, Taranda released her brand new solo album The Healing; and it was only in 2019 that I have taken the plunge outside of my own preferred genre- to see what God wants to show about my preconceived ideas about southern gospel music. The result is a stellar, beautiful experience, that has me declaring that Taranda is one of the strongest female vocalists currently in my opinion. That’s a big turnaround, right? So, as you can read my glowing review of The Healing here; why don’t we dive deep into Taranda’s Christmas album The Spirit Of Christmas… in the interest of this Christmas blog series Christmas In July 2020? As COVID-19 is still raging on and some of us are still in the midst of partaking in strict lockdown laws; one of the few things we have in abundance is time. What better way to be inspired and to be challenged than through Christmas music, as we celebrate the birth of our Saviour and celebrate the coming of the King of Kings?

The bulk of the songs on The Spirit Of Christmas just feature soothing keys and Taranda’s big, booming vocals, channelling Janna Long from Avalon many, many times. And that’s definitely a good thing, as it reminds us that Taranda is using her strengths to glorify God in ways that we all can be transfixed and impacted greatly by. Yet even with just keyboards, and a vibrant Christmas atmosphere, there is still something on this album that keeps me engaged- and that is the simplicity and beauty of Taranda’s Holy Spirit anointed voice. Opener “It’s Beginning To Look A Lot Like Christmas” is not as grandiose as Marc Martel and Plumb’s stirring duet, yet the simplicity here is still commendable and admirable, as it gives off a different vibe and a more traditional sense of Christmas celebrations; while the lullaby-ish medley “Still, Still, Still” with “O Holy Night” may have been a couple of minutes too long- but kudos has to be given here for effort… and it’s always a joy to hear my favourite Christmas carol being belted out with intense passion and enthusiasm.

Unfortunately, “O Come O Come Emmanuel” is too dreary and tired (although I do like the carol, just not this version! Third Day and Lincoln Brewster’s versions are so much more engaging, emotional, and poignant); however, the powerful and compelling Whitney Houston cover “Who Would Imagine A King?” and the near-flawless and exquisite medley of the Mariah Carey cover “Jesus What A Wonderful Child” and the Zella Jackson Price cover “I’m His Child” ore than make up for this misstep. Holiday songs for the season are quite weird and conflicting for me if sung by a believer- I mean they’re fine and everything, but the fact that someone of faith is singing a song that isn’t about Jesus straight off the bat, especially when the holiday is all about Jesus, seems a bit incongruent and maybe missing the point. Yet Taranda’s ‘holiday’ songs do not seem to be shoehorned in at first glance- and are some of the most powerful and moving tracks on the album. Even though I enjoy the nonsensical “Jingle Bells” (in particular Dan Bremnes’ version!), Taranda’s big band 50’s brass version is as good as it can get; while the Jackson 5 cover “Give Love On Christmas Day” is an album standout, and is a great reminder for all of us this year to not stock up on material possessions to give to our family and friends, and instead spread Christmas cheer and love. I mean, our presence is better than presents, right?

I never actually knew what “Silver Bells” was all about- perhaps the persona is singing about hearing bells in the city during Christmas time, and believing that it is a silver bell? Despite the odd lyrics that actually stand out on Taranda’s reflective version, the song is on the whole well-recorded and thoroughly enjoyable and moving; while the low point on the album is the excruciating long “Have Yourself A Merry Little Christmas”- an overplayed carol, and this time clocking in at nearly 5 minutes! The extremely obscure “I Wonder As I Wander” isn’t a track I’d listen to again- but that’s not the fault of Taranda’s, but it’s the structure of the ‘carol’ at this stage of which I am unfamiliar with; while The Spirit Of Christmas ends with the album highlight, the Ray Charles cover which is the title track, as well as the traditional hymn “Auld Lang Syne”- as Taranda saves the best two tracks for last! Even though “Auld Lang Syne” is usually sung during New Year’s Eve, I reckon this track is fitting here, as it expresses so much of what we are thinking in 2020- that while we are heartbroken at how the year past has gone, we hope and pray for a better future for 2021 to be good, to challenge us and to make us grow as people.

Even though I was completely won over by The Healing; now you all can call my stereotypes officially shattered, as Taranda Greene invokes and stirs up almost every positive emotion ever conceived in me, and has me declaring that I’m a fan of her music. Almost certainly I’m going to check out the rest of Taranda’s discography- and I reckon you all should to. Despite every song from The Spirit Of Christmas being a cover (I would have liked to hear an original song or two here!); there’s no denying the passion and heart for Jesus here. While it isn’t known what is next for Taranda (whether it is another solo album or a Cana’s Voice album!)- one thing is for certain. And that is that Taranda has plenty more years in her. And I will gladly listen to her music until the day comes when God moves her on to something greater that He has for her. So well done Taranda- both The Healing and The Spirit Of Christmas are amazing- and everyone else, go check out the albums. I’m sure you’ll be glad that you did.

3 songs to listen to: Give Love On Christmas Day, That Spirit Of Christmas, Auld Lang Syne