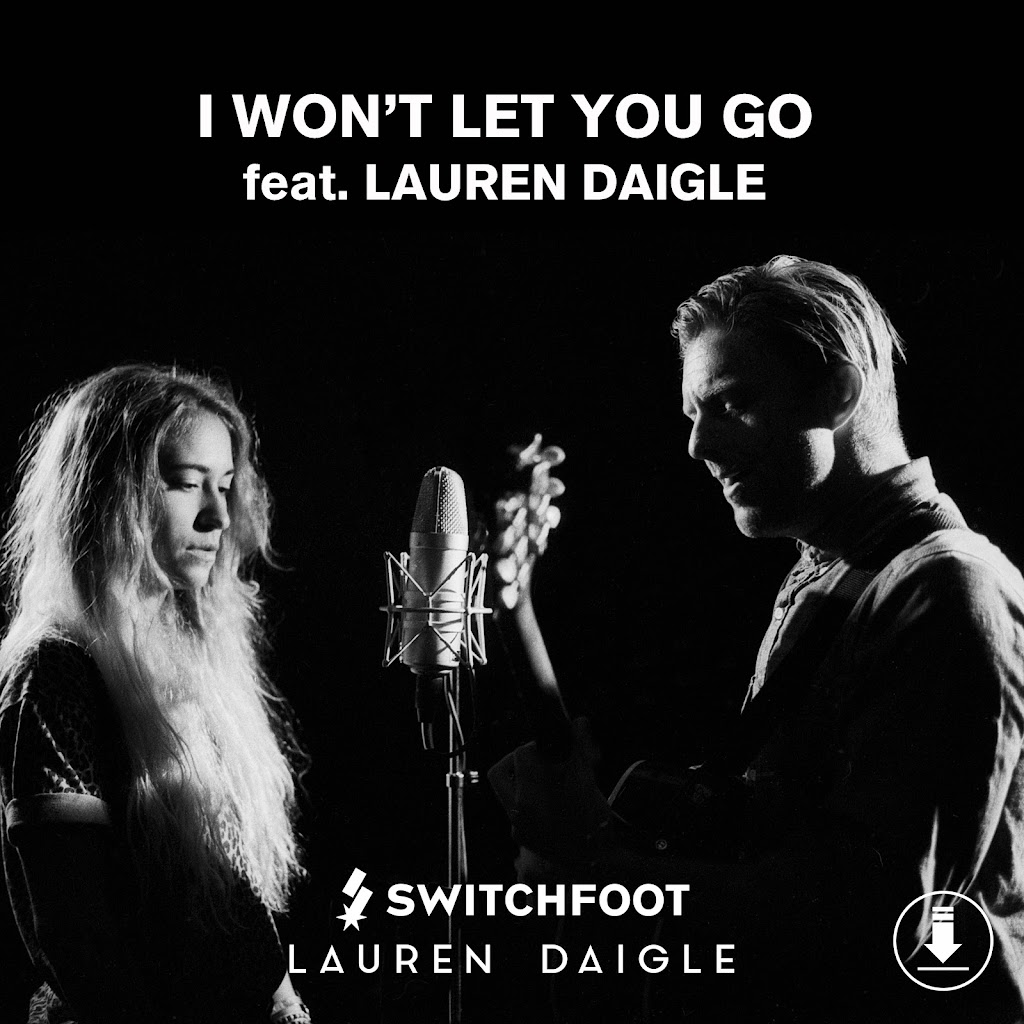 There’s nothing much to say about this song. Or about the artists who are collaborating on it. Everyone knows Switchfoot and everyone knows Lauren Daigle. If you haven’t, then…well where have you been (no seriously, where have you been for the last 10 or so years?!), just google them, and then marvel in the fact that these two artists are writing some of the most emotive and prolific songs for a generation. And for them to come together to sing and declare the words to ‘I Won’t Let You Go’ is a masterpiece in and of itself. The song itself was birthed on the album Where the Light Shines Through in 2016, and while back then, I didn’t really take much notice of the song (I was much more focused on hearing tracks like ‘Live it Well’, ‘If The House Burns Down Tonight’, ‘Hope is the Anthem’ and ‘Float’), it has only been in the past year that I have come to love this aforementioned track that I’m about to write my thoughts on (not review, because a) it’s just one song, and b) I’m already giving it 5/5, because of who’s collaborating on it and the power it has to affect and impact whoever hears it!).

The song is just…wow. No words can describe it. Standing at a tad over four minutes, the introduction of Lauren in the second verse of the song is nothing less than unique, powerful, encouraging and hopeful. While I was a little bummed that Lauren’s collaboration with needtobreathe on ‘Hard Love’ didn’t make it on WOW Hits 2018, I can be quietly confident that this collaboration with Switchfoot could make it on WOW Hits 2019 if it wanted to. And just upon reflection, this song in and of itself is quite possibly one of my favourite Switchfoot songs ever, alongside others like ‘Dare You to Move’, ‘Meant to Live’, ‘We Are One Tonight’, ‘This is Home’ and the more recent ‘Love Alone is Worth the Fight’ and ‘Restless’. In the words of Jon Foreman (lead singer of the band) himself, ‘…last year [2015] was a really tough year for me. This album (WHERE THE LIGHT SHINES THROUGH) was, in many ways, an attempt to find a path towards hope, armed with the flashlight of melody and lyric. “I Won’t Let You Go” is a song that faces the darkness head on. I tried to sing this one from the other side- from the inside of love, from the conclusion of the story. If the author of time and space, the one who breathed my soul into existence, were to sing me a song about trust, it might go something like this, “I love you and I won’t let you go.” I believe that where you put your trust begins to define you. This is a song about learning to trust in a transcendent love that will never leave me…’

And with such a quote as the one above, nothing much can be said, about the song. This is by far one of my favourites of Switchfoot’s ever, and it was a shame that the song didn’t make it on last year’s WOW Hits. Maybe they were waiting for Lauren’s collaboration with them and now it’s an instant selection into WOW Hits 2019? Maybe, maybe not. Whatever the case, Lauren’s vocals (who in this song remind me so much like Adele’s) add a whole lot to an already powerful song. And so what are we all waiting for? Go to the free download page via the facebook video that Jon posted last week. All you need to do is to send in your email and your first name, and I’m assuming after that, a download appears in your inbox, along with more emails from Switchfoot’s management about further developments from the band. Not bad right? What are you waiting for? Do it, and listen to what I reckon is one of the best Switchfoot songs, period! Now over to you, what do you think of the song and collaboration?