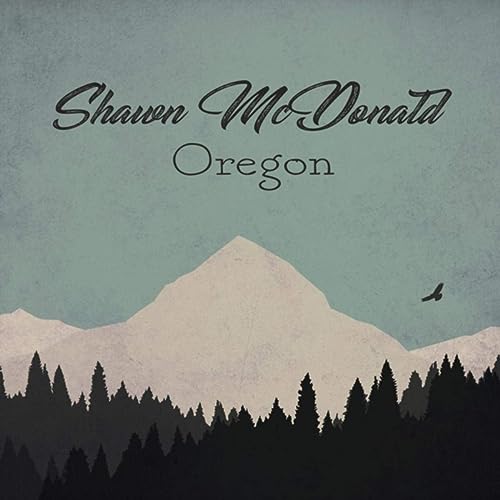 One of the most underrated singers and songwriters in the music industry today, Shawn McDonald is more than a household name in CCM. Having originally signed to Sparrow Records, he released plenty of albums, yet he disappeared from social media in 2015. With his star power on the rise, with hits such as “Closer”, “We Are Brave”, “Captivated”, “All I Need”, “Gravity”, “Free” and “What Are You Waiting For” all gracing the radio airwaves and our ears at one point or another; I for one was puzzled and perplexed that Shawn seemed to quit music in 2015. But my assumption was wrong, as now Shawn is back. Last year Shawn released The Search, and now there’s a brand-new single that just released. “Oregon”, a soft acoustic guitar led 3-and-a-half-minute ballad, is heartfelt, personal and honest, as Shawn relays to us key pivotal events in his life that made him who he is today. Written partly in response to his grandmother’s death last year, we are met with a stirring and emotional melody, which is sure to inspire and encourage- and you will definitely love this song if you’re a fan of artists like Jason Gray, Nichole Nordeman, and Shane And Shane.

If you want to call “Oregon”, something, I guess you could say it’s like a testimony type of song, written in a similar way to Owl City when he wrote songs for Cinematic based on specific events in his life. Here on “Oregon”, Shawn does a similar thing- writing and singing about the kind-hearted nature of his grandparents to raise him when his parents couldn’t, and also relaying to us the fond memories he has of his childhood with his grandparents in Oregon. Imparting to us that ‘…you never know where life can go, if you don’t let down your fear, oh you’ll never find what you’re searching for until you learn how, how to set it free…’; no doubt this song may not be for everyone- however someone’s life will be impacted through Shawn’s vulnerability- and in that respect, “Oregon” has done its job quite nicely.

In essence, Shawn McDonald’s The Search was pretty bleak and musically ‘depressing’ if you think about, however such a reflective EP was needed in today’s political and economic climate, as we wrestle with many different issues. On the other hand “Oregon”, while led by the acoustic guitar and having a slower tempo; is on the whole brighter and more positive than The Search. While it’s not known when Shawn’s next two EP’s in the series of Discovery will release (but I reckon “Oregon” will be a part of either EP!); hopefully, it will be musically more upbeat. Yet until that time we have this EP- a comeback from Shawn that is much appreciated as we remember everything that God has done for us and grapple with that as well. So what are you waiting for everyone? Check out The Search and check out “Oregon” and hopefully you will find something meaningful.