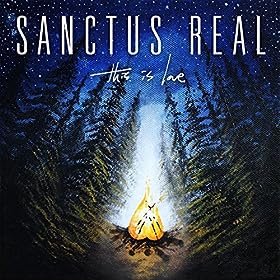 When Matt Hammitt decided to leave the band Sanctus Real in 2015, I’m sure many die-hard fans around the world were in shock and disbelief. As it would be with any other band, when a lead singer departs, questions are recounted and made. Will the band continue on a la Hawk Nelson or Newsboys? Would the band disband a la Stellar Kart? Would they rebrand themselves, call themselves by the same name with new members and continue to have a revolving artist member lineup a la Audio Adrenaline? Whatever the case, we knew that without Matt Hammitt, the band wouldn’t be the same. And I’m sure it won’t yet with the introduction of worship leader Dustin Lolli as the new lead singer of Sanctus Real. We are able to see a new side of the band, musically, lyrically and stylistically, and while I will still and always be partial to Matt and his music, I reckon I can get behind Dustin and his music, even if it may take some time getting used to.

Just like how Michael Tait and his style was drastically distinct and different to Peter Furler’s, Dustin’s new approach will still bring to us a band very much invigorated, poignant and encouraging, as the band ventures into a new season, delivering songs like “This is Love”, a hard hitting track about what love means against the backdrop of orchestral rock, a song that I’m sure will be a hit in the future among Sanctus Real enthusiasts and first time listeners alike. Since releasing their much loved Best-Of project back in October 2015, this new 3 song EP is only a taste to what the band will sound like from here on. While fans of Matt’s singing may take a while to be on board with this vocalist change, what the band still has is a heart for songs about hope and encouragement. While I will still miss Matt Hammitt as I’ve missed Peter Furler from the Newsboys, “This is Love”, “Find Me” and “My Desire” are all songs that have me quietly excited for their new music in 2016, whenever it arises.

Releasing their first song with Dustin Lolli at the helm a few weeks back (in the form of a music video), “This is Love” is in its rawest form, an epic orchestral rock track, with a hint of opera as Dustin Lolli sings in a style fitting and paying homage to powerful vocalists in almost every rock opera ever written and performed. As I close my eyes, I can imagine a song like this to fit right into a musical. With its subject matter being that of a reminder of what love is- “…it heals the broken hearted, it sets the captive free, it walks the extra mile, even for your enemies, this is love…” A sobering and poetic reminder that love indeed is unconditional, and that it can heal any hurt that has been endured by us, intentionally or unintentional; Dustin and the band have given us an anthem to declare over ourselves, that in spite of our choices, love itself in the form of Christ came to set us free from the very thing that separates us from Himself- ourselves and our own inadequacies. With light acoustic guitars up until the grand and moving electric guitar driven instrumental bridge, where the song moves from rock musical territory to screamo (with hints of Nine Lashes and RED in that moment), “This is Love” moves up to tie as my favourite song of 2016 so far (alongside “We Believe” from Steven Curtis Chapman’s forthcoming album Worship and Believe). Well done Sanctus Real for a biblically sound message of hope and freedom, one that I’m sure will continue to be on repeat on my iTunes playlist for months to come!

“My Desire” and “Find Me” round out the EP of three tracks, and while both these songs don’t necessarily compare to the epicness which is “This is Love”, Dustin nevertheless delivers songs that make us think about our lives and who, or what, we’re devoting it to. “My Desire” uses Dustin’s voice as an asset as the piano becomes the forefront instrument as the song is presented with more of a prominence on lyrics than any other song on the EP. It is the lyric lines of ‘…may in everything be love…’ in the track that has hit me the hardest, as I’m reminded that in everything we do and undertake, love should be our focus, rather than the work itself. “My Desire” is a challenge for us to always keep in check our motives, and whether it really is our desire to be like Christ or not. “Find Me” delivers a nice ethereal sound full of airy guitar undertones and Dustin’s distinct voice (Gungor meets Building 429 meets Tenth Avenue North vocally) as the song is sung from the point of view of Christ, as we realise that as we lose ourselves to everything in this life (our circumstances, our successes, our triumphs, our failures), we will find Christ, in the midst of all our little moments, weaving together everything to His glory and our good. Catchy and the most CCM-esque out of the three (“This is Love” was epic opera/rock/screamo, “My Desire” was worship), this is a great teaser for whatever the band has in store for us in the near future!

What do the next 10 years hold for Sanctus Real? Hopefully with Dustin at the helm. Yet even if they do go the route of Newsboys or Audio Adrenaline (with multiple band member changes), the band and its ministry in delivering songs that encourage the soul and impact the lives of many will never change- “This is Love” is a certain testament of that. Even without Matt Hammitt as the frontman, the band has always had a heart for Jesus and the gospel, and that will never change moving forward. Sure, it will be weird to hear the band without Matt Hammitt as the lead vocal, but the heart of the band will still be constant. “This is Love” is I’m sure the first song out of many that’ll continue to impact die-hard fans and newer ones alike, as we continue to venture alongside the band in the eternal quest of what love means for us and what it should look like to others and to ourselves when we show love as an outward expression of the love freely given to us, sometimes on a daily basis. Well done Dustin and the band for such a lyrically rich set of 3 songs, here’s to the next album when it releases later this year!