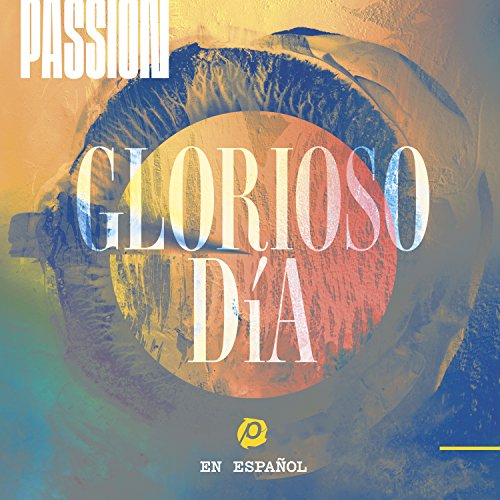 One of today’s most popular worship movements ever, Passion have been in circulation and currently active in the ministry of university students for just over 20 years. So if you haven’t heard of the group, then probably now or in the next couple of weeks is when should take a squiz at their discography. Comprising of many Sixsteps Records artists and others, inclusive of artists like Chris Tomlin, Matt Redman, Christy Nockels, Kristian Stanfill, Crowder, Melodie Malone, Brett Younker and Jimi Cravity to name a few; these men and women of God come together to worship God in January and February every year at key and prominent U.S. cities, with the conferences directed at university students. With the annual event launched in 1997 by Louie Giglio, now one of the key pastors of the conference each year, the band now performs in conferences in Atlanta Georgia around New Year for their recording of their annual albums released in March; and these guys tour around the world as well!

With Passion keeping its heart for students and their related ministry rooted in Isaiah 26:8; in 2016 the group took a break in recording live albums, and instead unveiled a studio project called Salvation’s Tide Is Rising– and surprisingly, this studio album was much loved by critics and listeners. Just this year, the 2017 annual album Worthy Of Your Name released, with the band reverting back to their tried-and-true live album formula. Containing hits such as “Glorious Day”, the title track, “Build My Life”, “Holy Ground” and “Heart Abandoned” to name a few; now Passion have experimented yet again- as jut this past week, the group unveiled Glorioso Dia, a 10 song collection of Spanish versions of some of their hit songs over the years, including 6 melodies from Worthy Of Your Name. Releasing on the same day as albums from Jamie Grace (‘91) and Derek Minor (Your Soul Must Fly), this worship album is a must for fans of Hillsong, Jesus Culture and Desperation Band!

Though this release is marketed as a ‘best of’ Spanish album release, Glorioso Dia isn’t really a balanced snapshots of hits from Passion– 6 of the 10 songs are from the most recent album Worthy Of Your Name, and though that’s not a bad thing per se, a few more hits from previous albums would have been welcomed as well. Nevertheless, these songs do capture the heart of the band quite well, and have me worshipping Jesus, even if I do not know Spanish well (though I did study the language during high school!). “Glorious Day” (Kristian Stanfill), “Build My Life” (Brett Younker), “How Great Is Your Love “ (Jeff Johnson), “Holy Ground” (Melodie Malone), Worthy Of Your Name (Sean Curran) and “Heart Abandoned” (Kristian Stanfill) are the representative here, and each are recorded quite well in this Spanish incarnation- nothing much changes except for the language each singer is worshipping in. With the highlight in this group of six songs being “Worthy Of Your Name”, what Sean Curran has done is to take that signature Bellarive flair and translate it into a live modern worship setting with passion. Probably my absolute favourite song of 2017, Sean takes the theme of declaring God’s worthiness, holiness and faithfulness, and declares simple lyrics, reminding us of the eternal truths, yet also not making the track boring with cliché lyrics. “Worthy Of Your Name” is destined to be a hit for listeners and critics alike (maybe the next single after “Glorious Day”…), as we hear passion and enthusiasm ooze from Sean, as he eloquently reminds us that ‘…You’re my author, my maker, my ransom, my Savior, my refuge, my hiding place, You’re my helper, my healer, my blessed redeemer, my answer, my saving grace, You’re my hope in the shadows, my strength in the battle, my anchor for all my days, You stand by my side and You stood in my place, Jesus, no other name…’.

Speaking of “Glorious Day”, Kristian Stanfill ardently proclaims celebratory, joyous melody something akin to what Rend Collective could record, with banjos, ukuleles and electric guitars abound for us to dance and move to, fervently and enthusiastically declaring that Jesus is the One who has set us free, that ‘…You called my name, and I ran out of that grave, out of the darkness into Your glorious day…’; while the Phil Wickham written “How Great Is Your Love” (sung by Kristian on Worthy Of Your Name but by Jeff Johnson here!) may be repetitive in the choruses, yet what it lacks in originality lyrically it more than makes up for in passion, as Jeff joyously cries out that ‘…from the heights of heaven, You stepped down to earth, innocent perfection, gave Your life for us, we are amazed, we stand in awe, for we have been changed by the power of the Cross…’. “Heart Abandoned” is also present here, and is a reflective, contemplative, and subdued piano led slower tempo ballad. As Kristian earnestly and unashamedly recounts that all he wants and longs for is Jesus, asking Him to give him a heart that aches for Him, that longs to be closer to our Lord Almighty, to His desires and everything Jesus wants for us, he also asks God to rid ourselves of every other selfish thought, that Jesus can take away the gold and silver, representative of every earthly desires.

Melodie Malone (“Holy Ground”) and Brett Younker (“Build My Life”) are the final representatives from Worthy Of Your Name on Glorioso Dia, with the former being a vibrant and earnest prayer to Jesus, as Melodie asks Jesus to ‘…show us Your glory, in wonder and surrender we fall down…show us Your glory, let every burning heart be holy ground…’, also another heartfelt and poignant worship anthem and prayer; while the latter is an acoustic guitar driven grandiose worship anthem, a Chris Tomlin-esque melody standing tall at nearly 8 minutes, as Brett ardently cries out and declares God to be holy and that He is ‘…Jesus, the name above every other name, Jesus, the only one who could ever save, worthy of every breath we could ever breathe, we live for You…’.

The final 4 songs on Glorioso Dia are “Good, Good Father”, “10 000 Reasons”, “Even So Come” and “My Heart Is Yours”, led by Pat Barrett (“Good, Good Father”) and Kristian Stanfill (the other 3 songs!). Each of these tracks are recorded quite solidly and without any major deviations from their English counterparts, and each are enjoyable in their own right. Though my only nit pick is that maybe 4-5 tracks could have been added, with songs from Even So Come, Take It All and Let The Future Begin all worthy to be included. Nevertheless, Glorioso Dia provides us with recent hits, and remind us why Passion are a force to be reckoned with, and will continue to make God’s name famous for many more years to come!

With the studio album Salvation’s Tide Is Rising musically different to live albums previously, we were given a glimpse of what Passion would sound like. And the answer is exactly the same- Passion’s heart is still the same- to bring glory to God in whatever setting they’re in, and to spread the gospel in whatever way they can. In that sense, it’s fitting that the album Worthy Is Your Name (and now Glorioso Dia) is live once again, reminding us that this is a movement that does what works for them, and will continue to give God the glory for however long God continues to put the calling on Louie and Shelly Giglio (after all, Passion is Louie’s brain-child and what God called and is still calling for him to do and be a part of!). Even though Kristian Stanfill features on 5 of the 10 tracks (after all, he is probably going to be the new ‘Chris Tomlin’ of Passion, Glorioso Dia is an album that deserves to be bought on iTunes by many people, regardless if you know Spanish or not; I guarantee those who love worship music will love this record! God deserves all the praise for this spectacular album, and then some more!

3 songs to listen to: Worthy Of Your Name, Build My Life, Heart Abandoned