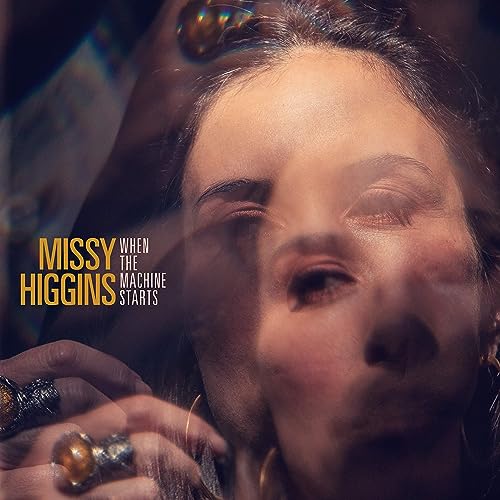 Missy Higgins has been an artist recently that I’ve been listening to; and have been inspired by of late. Writing about her as being one of my top 100 influential artists in a blog series I’ve undertaken from February 2019 till now; Missy’s music is heartfelt, poignant, emotive and genuine as this Aussie artist is fast becoming one of my favourite Aussie artists, alongside Guy Sebastian, Delta Goodrem, Rebecca St. James, Newsboys and for KING AND COUNTRY, to name a few. For Missy’s music has been a bright spark in people’s lives all these years, as I’m understanding and realising that even though you don’t necessarily know the song by name or even by its artist, sometimes a song creeps up on you (in a good way) through it’s melody, and that is exactly what a lot of Missy’s songs over the years have done. Songs like ‘Scar’, ‘Steer’, ‘The Special Two’, ‘Where I Stood’, ’10 Days’, even ‘Peachy’ and ‘The Sound of White’, have all been songs over the years that I have committed their melody to memory and placed in a box to never be opened…until now that is, and all the nostalgia floods back in the best way possible.

Since undertaking the blog about her music around a month or so ago, Missy’s music on a whole has been a sense of a therapy session whenever we hear it (myself included), and while musically and stylistically there’s been movement and shifts across albums over the years; the passionate essence of her message has still remained for all these years. Missy is a storyteller, first and foremost, and her songs reflect this fact about her, as we see melodies that have come from the innermost parts of herself, then birthed to the masses, to become an artist I reckon that is very much underappreciated, even undervalued, especially during this musical climate of now. Even within the confines of Australian music, Missy’s music isn’t as popular now as it once was, and maybe that’s ok. Missy’s ability over the years, to present a body of work with fervent honesty and a sense of enthusiasm and grace, is what has made myself become more and more intrigued with Missy’s music, and in effect, with music from artists who aren’t necessarily as well-known to people outside their respective country, or even their respective musical genre. And that in and of itself is a good, good thing. Her down to earth demeanor in interviews suggests her vulnerability and reminds us all of the humanness of celebrities and that we don’t have to idolise them as much as we do.

Missy’s ability to hit to the core of our questions (‘Where I Stood’, ‘Steer’, ‘The Special Two’) is nothing less than a gift she’s been given- and be it through hard work or blessings from the divine, Missy’s songs have ministered to people around the world for so long over the years, allowing people to be in touch with their feelings, and to delve deep within and challenge their own psyches. And if one person can be impacted by an acoustic/pop artist (and an Australian one at that!), then the artist has done its job. For Missy’s presence in an industry right now that seems to spit out the artists, they chew in the first place; is something to be welcomed and respected thing. And who knows, hopefully the rest of the world can pick up how intuitive and talented Missy really is. But even if that doesn’t happen, what I know is this – Missy’s talent, especially in the 2000s, leaves nothing to be desired. There’s a reason why The Sound of White is as popular as it has been for Missy. Who knows, maybe another thematically similar The Sounds of White: Part 2 in the future? Only time will tell!

Missy just recently released (last week) a new single, titled ‘When the Machine Starts’. A song written entirely during the COVID-19 lockdowns that have been in place throughout the most of 2020 thus far; this new song from Missy has been one of joy, hope, longing and a quite anticipation, as these lyrics insinuate this notion of wanting things to be back to normal, but never really understanding that such a thing, normalcy, may not occur for some time yet. ‘When the Machine Starts’ is a sobering song about taking stock of your life now, and pondering to yourself- when everything is said and done, when this virus called COVID-19 dissipates; would we still behave and act the same pre-COVID? Can we alter our lives in a way that calls into account the reasons why we believe the virus, and even why we believe our lives to be frail and fleeting in the first place? The song gives us hope that yes, things will go back to normal, but also poses the question- when things do go back to normal, how would our lives be different? Do we even want them to be? Will I live my life, changed because of COVID, or would I just go back to what I’ve been doing before- not even caring about this or that? This is a song for us to ponder and think about, and is a definte track to enjoy if you’re been a fan of Missy before, of if you want some laid-back acoustic music to listen to with a reflective message. Well done Missy for such a thoughtprovoking song, one that can hopefully cause more reflection and introspection as time continues to roll on. ‘When the Machine Starts’ reminds us all that even such a thing like COVID-19 will pass, as we hopefully become challenged by this song, of what we should do in our lives, once COVID-19 is over.

‘…Isn’t it strange when you suddenly become aware that you’re in the middle of a defining moment in history? Someday soon we’ll probably refer to everything as either “pre-covid” or “post-covid” (Pre-Co and Po-Co? just riffing here). Weird, right? Even now I feel like we’re still standing in the middle of a murky bubble, struggling to see what lies beyond. Hopefully it involves lots of touching and hugging and live music. Many of my friends and family have really struggled during this pandemic; some lost their livelihoods overnight, others have had to spend weeks cooped up alone in very dark headspaces. My industry has been one of the hardest hit and it’s been heart-breaking and brutal for so many. Yet at the same time, there have been inspiring things going on as well. I think it’s actually given me more faith in humanity than any other time in history. It’s also made me realise how disconnected we have been from each other. I’ve seen strangers reaching out to each other to see if they’re okay. Work colleagues checking in on each other’s mental health for the first time ever and really caring about the answer. Streets and communities creating platforms where they can connect and share stories and offer support. A conversation about the things that really matter. There’s a feeling of solidarity with the entire globe that has never been possible before. Obviously we would rather it be for a different reason and not everyone has covered themselves in glory but it still blows my mind!
Of course, I know I’ve been lucky during all this compared to so many. My kids have been (quite literally!) climbing the walls and driving me bonkers like every other family in lock-down and I’ve struggled with the same roller-coaster emotions as any human would, but work-wise I was lucky to finish all my summer touring just before this happened, and quite frankly, we have the means to get through it. We have a backyard and the kids have been able to dig in the dirt and climb trees. I’ve spent many moments feeling very grateful (many moments fantasising about being single and childless too, but we don’t have to go there!) and it was during one of those particularly happy moments that I sat down and wrote a new song called “When The Machine Starts” which I’m releasing today. I know this track won’t hit home for a lot of people and that’s OK. I wrote it during Victorian Lock-down 1.0 at a time when I was feeling particularly lucky to be able to spend so much time with the kids while they’re still so young. To be able to look at my calendar and see NOTHING on it, forcing me to be completely in the moment because suddenly the future didn’t exist.
Surprisingly, that felt like a gift. I realised I’d been running an invisible race, a rabid dog chasing a phantom rabbit. But to what end? So to be given this chance to stop… well, I really didn’t want to forget it. So this song came out of that moment. It’s a post-it note, to my future self: “don’t forget the good things you’ve learnt!”. Anyway … sending heaps and heaps of love to you all. Wherever you are. Whatever you’re going through. Hang in there because the end is in sight. And I hope some of you get something out of this song, even if it’s just the chance to consider the silver linings in this whole sh**ty experience. Whatever the case, it’s got to be helpful to ask ourselves: “What do I want to take from all this, and what do I want to leave behind?” It’d be great if we could find something positive to take with us from such a dark moment … when the machine starts…’