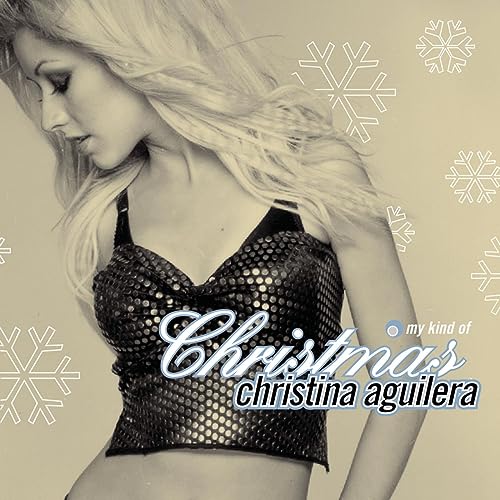 My Kind Of Christmas

Initial thoughts: Is this album trying to outdo Mariah Carey’s Merry Christmas? Because that’s the feel that I get. It’s an alright holiday album… but there’s the sense here that Christina is trying too hard at trying to out-sing and outperform. The result here is that some songs work, and some songs (like Xtina’s Xmas) don’t, and are completely unnecessary!

Reason to listen: Christina Aguilera is still one of today’s most accomplished and powerful vocalists, and hearing her sing about Jesus and about the holiday season where we are all united and are all loving and kind toward each other- is indeed something special that you don’t want to miss. The bulk of the songs here are solid and well worth a listen or maybe a few listens!

Reason to buy: I can’t think of a reason to buy this album, as it just feels a bit so-so to me. Songs are technically good but overall lack a bit of passion. But if you’re an out-and-out Christina Aguilera fan, then My Kind Of Christmas will be your kind of Christmas!

Reason to skip: The album for some reason feels disjointed and doesn’t have a flow to it- I’m not sure the reason why. At times, it sounds like Christina is belting out her vocals with a bit too much force, and isn’t graceful enough with her delivery of her songs. Yet these tracks still have a charm and a catchiness all the same. Maybe they’d have a better feel if they were sung in an acoustic setting?

No. of originals: 4 (including a Celine Dion cover)

Does it have heart?: Christina’s passion and enthusiasm is dailed to 11 here, but on some tracks she really is over-doing it! However one listen to “O Holy Night”, and then you’ll see why this album was made- for this epically awesome song alone. As an album, Christina possesses so much heart- but is it too much? You be the judge.

Uniqueness?: As about as unique as any other pop Christmas album. But as Christina has such a powerful voice, this album still nonetheless stands out. Maybe a bit too much.

Christmas message: The album is essentially a holiday album full of songs about Christmas tradition and the holiday spirit, apart from “Angels We Have Heard On High” and “O Holy Night”. There’s an overt Christmas message in this song, but it’s lost amongst the other heart-warming tracks, and Christina’s eloquent, angelic and powerful singing. One of the most beautiful points about this album though, is the fact that Christina majestically recites the Lord’s Prayer in the middle of “O Holy Night”! Heavenly stuff right there!

Closing thoughts: There are more heartfelt, hopeful and enjoyable tracks here than outright bad songs (save for the last couple of tracks), and overall Christina’s voice does enough to keep us interested. But aside from “O Holy Night”, unfortunately, this album doesn’t hold replay value. And that’s a shame, as Christina has always been a powerful, compelling, emotional and honest vocalist (like in “Beautiful”, one of her most popular singles ever!).

3 songs to listen to: Angels We Have Heard On High, O Holy Night, These Are The Special Times

Yes/no; why/why not?: Unfortunately, this album had potential but never lived up to the hype. As much as Christina’s voice was great here, that’s not enough to hold an album that was so disjointed and had not much of a flow. “O Holy Night” is its saving grace here, but this project is only worth a number of listens on Spotify.