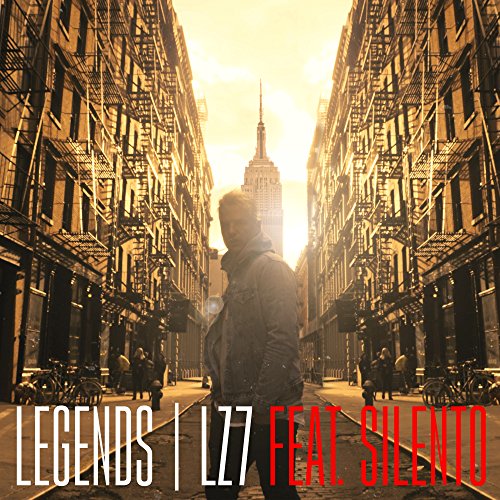 Founded by Lindz West in 2005, in Manchester England, pop/dance/worship/rap group LZ7 have had a remarkable and impressive journey for the past ten years, with many of their smash hits rising in both the Christian and mainstream music markets (including their crossover hit “This Little Light”!). With their previous albums Home, Aftershow, Light and Gasoline all loved and appreciated by listeners and critics alike, LZ7 have recently dropped a brand new single titled “Legends”, featuring up and coming rapper Silento. While it isn’t known whether LZ7 will release a new full length album anytime soon, or not; these brand new melodies from LZ7 inspire and provide us insight into the human condition, as the group reminds me musically to artists like TobyMac, Lecrae, Group 1 Crew and Hillsong Young & Free. On the surface, “Legends” is a bit of a mixed bag in my opinion, so let’s find out how this song stacks up against other songs in 2018. Well, let’s find out, shall we?

First of all, let me say that I have no idea who Silento is, and his rapping (or attempt and obvious lack of passion) brings the whole song down. It’s a shame though, as the parts where Lindz sings are simply magical, and the music video is quite stunning and breaktaking, as we are shown shots of the city (London?) and some mad skateboarding skills. The first verse is as worshipful as it gets, as Lindz ardently and indirectly praises God, asking the question of who put every star in the sky, who is the One who holds our hearts in the situations when we feel like we’re alone- alluding to the answer of Jesus. But Silento’s ‘rap’ to me is incomprehensible as he mumbles his way through a mainstream style verse, as this song turns into a schizophrenic mess. While the music of “Legends” is on point and has me rocking my head, the presence of Silento has me shaking my head- even if the message of the song is admirable, as LZ7 tries to encourage kids to live their dreams and be legends in their own right, the obvious praise connotations of the first verse are completely destroyed in the second verse- and it seems as if the band want to so desperately make it in the mainstream that they’re willing to sell out their beliefs in the process. I’m not sure if that’s what is happening here, but I hope that’s not the case.

Still considered to be new and upcoming to the CCM/worship/pop music scene, LZ7 have created a solid single that keeps me dancing long after the music stops. Yet the lyrics makes me confused as to which market LZ7 want to target. With “Legends” nonetheless having the potential to cross country borders, and expand their popularity to other parts of the world, LZ7’s ability to deliver pop, rap, EDM and ballads is a great skill that will only continue to lead them to newer heights in the future. With a new album in the works for release sometime soon, fans of Toby, Group 1 Crew, Press Play, Matt Redman or Capital Kings are sure to enjoy this new single (even if I think it’s pretty mediocre…). Well done guys, I hope and pray that 2018 and 2019 are some of your best years ever! And I hope than your next song is more worshipful than this one.