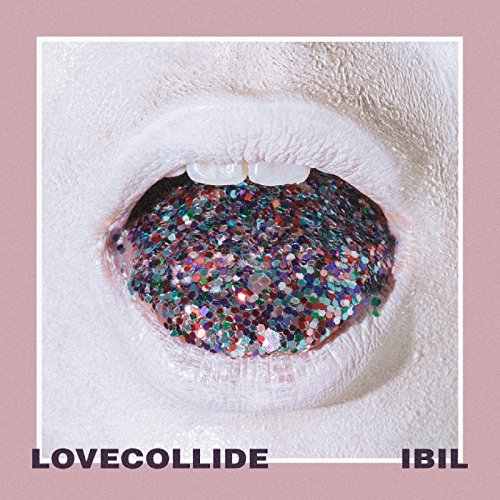 Duo bands seem to be quite popular nowadays. The Sonflowerz, Capital Kings, Love and the Outcome, Grayson Reed, The Gray Havens, Jenny & Tyler, Jon & Valerie Guerra, Mary Mary, Shane & Shane, for KING AND COUNTRY, Brad & Rebekah, Out of the Dust, Seth & Nirva and Austin and Lindsey Adamec are just a few of the ever growing category of artists comprising of just 2 people, whether it be husband-wife, siblings or just good friends. Nevertheless, we come across yet another duo that are making their impact in CCM at the moment- LoveCollide. Indie duo LoveCollide, formed with sisters Lauren and Brooke DeLeary, just might be my favourite indie duo I’ve heard since The Sonflowerz. Yes, they’re that good! With vocal ranges similar to Tricia Brock and Alyssa Barlow of the now disbanded Superchick and BarlowGirl respectively, these girls have crafted what is arguably some of the most underrated acoustic-pop I’ve heard in years. Yes, years! LoveCollide’s sound is a great way for nostalgia, and a well-rounded alternative if you are nevertheless still missing both BarlowGirl and/or Superchick, even after a few years of them disbanding. Since delivering their sonically, stylistically and musically unique self-titled album in 2014, as well as dropping a surprise EP in 2016 (which was going to be 1 of 2 that were to have released that year, except A Spark into a Flame hasn’t released as of yet…maybe it’s coming really, really soon?), both Brooke and Lauren have delivered once again another catchy song in IBIL (or as we can pronounce it, I Believe in Loud) that released last week. While we may not know what happened to Resonate: A Spark into a Flame, the counterpart to Resonate: A Ripple to a Wave, what we have seen this last week is a resurgence and a refined focus from these two sisters, and one that’ll hopefully continue to bring their career from strength to strength in the upcoming months!

‘…So why Love Collide?  It is representative of the most basic foundation of our faith which is The Cross.  The Cross is where God’s incredible LOVE for us, COLLIDE(d), with our wretched sin.  When we finally understand the depth of love God had for us, we cannot help but fall more in love with Him and that is when our abundant life begins…’  Borne out of a desire to be a band just like their heroes from BarlowGirl (ironically, Brooke and Lauren DeLeary sound strikingly similar to Alyssa that at times, you can be forgiven to think Alyssa was singing), these sisters and their new single ‘IBIL’ are sure to bring up some nostalgia for many fans of the Fervent Records sister group, as we are given yet another song that could’ve easily been sung by BarlowGirl back in the day and would’ve fit right in. Standing at a tad under 3 minutes, both Brooke and Lauren powerfully declare the reason we ought to have for shouting and declaring God’s name to everyone we meet. Maybe not literally shouting and screaming at people, of course if the situation is weird, or awkward, it’d probably be better if we just stay silent at that moment…but I guess what the song is reminding us all of, is that the Christian life is a lifestyle, being a Christian should encompass our whole lives, not just the times when it’s on a Sunday morning. ‘IBIL’ is an anthem, to live our lives fully for the One who gave us His life, that what we say and our declarations will only mean something if people see us live out a life that is different and changed, as we’re reminded that it is only when we show people that we are who we say we are then they will start to take notice.

To be honest, ‘IBIL’ is the most ‘rock’ song the duo have created. And while it is a big departure from their acoustic pop anthems that we’ve heard in the past, this song is welcomed by myself and I’m sure whoever hears it. LoveCollide have taken a 3 year break, and this is what I’m sure what they needed for them to create music into the future that has a sense of maturity that comes from taking a break from the thing that you have loved in the first place. LoveCollide is a special group- the song ‘IBIL’ is such a joy to hear and compared to their EP two years ago and their debut album two years before that, ‘IBIL’ is much more refined, powerful, poetic and poignant. Brooke and Lauren continue to keep the Lord as their focus, as this song is evidence that vertical worship music can be created in a way to appeal to listeners who may not necessarily sway to music of that variety. So hearing LoveCollide fuse together worship and pop is a great alternative for people who want to listen to worshipful music without listening to worship music…if you get my drift. LoveCollide may still be relatively new on the music scene, and it is ‘IBIL’ and hopefully Resonate: A Spark into a Flame that’ll place these artists on the map. Who knows, maybe they will be signed to a major label in the future.