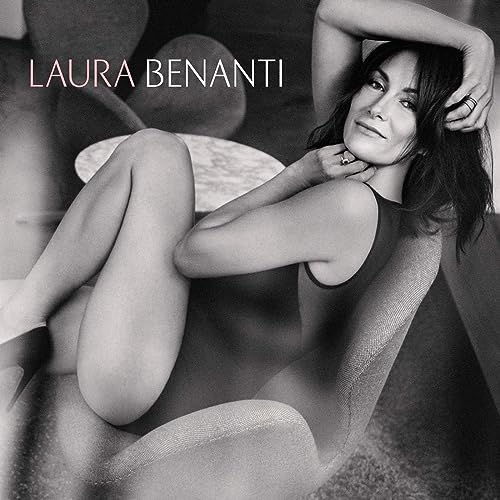 Jazz music and music from the 50’s/60’s aren’t really my cup of tea if I’m completely honest, and if I’m speaking in generalisations. I mean, I’d continue listening to CCM, or delve into country or pop before you would catch me bobbing my head to an Elvis or Frank Sinatra album. And before you crucify me, let me just say that that is really only my opinion. If you love that kind of music, then that’s totally fine. It’s just that jazz isn’t my preferred genre of music. However COVID-19 brings along with it less opportunities for musicians to make music and for songwriters and artists to create- therefore if I want to listen to new music during COVID-19 (which is what I wanted to do!), then I’d have to start stepping out of my comfort zone in terms of genre to listen to something new and inspiring and hopeful and vulnerable. I mean now the world is starting to open up a tiny bit more, more and more artists are releasing more and more music (except for… OneRepublic!), however I guess you could thank COVID-19 for me even contemplating listening to jazz music.

It all started when I delved into Mandy Harvey’s music. She’s a jazz singer, but she’s deaf also and I saw her testimony a few months ago via a sermon she was preaching way back in 2019. She spoke about her faith in God and how losing her hearing wasn’t the worst thing that could’ve happened to her. I was so blown away that I wrote a blog about her– but along the way I was listening to Mandy’s music- her jazz inspired music. it took a while to get my head around the unfamiliar sounds and the musical layers of an era I wasn’t even aware about nor exposed to… but all in all I loved Mandy’s music in the end. It wasn’t much for her music though but rather for her faith and tenacity and determination. So when the news came around that Laura Benanti was releasing her debut album this year, comprising of classics and newer songs in a jazz style, I was intrigued. And I wanted to listen to this album. Not because I had certainty that it’d be good, but rather because I knew the reputation that Lauren Benati brought with her. And that reputation alone was enough for me to take the plunge and listen to this project.

With so much to talk about when delving into the life and the career of Laura Benanti (take a read on Wikipedia!), as we examine the successes of this vibrant and joyous star of the theatre, Broadway, television, film and soundtrack recordings; one thing that Laura has never done is record a full length album. And because there wasn’t any prior album to base my impressions of, I was going into the album blind. Yet let me tell you, that even though Laura Benanti didn’t immediately soothe my soul in terms of whether I instantly loved jazz music or not… it did give me an appreciation for the genre.

I hope the album becomes a part of someone’s own canon. You could put it on at a dinner party or listen to it in the bath. It could speak to so many different possible moments. Across the board, the record really fulfills my desire for musical outreach. I tried to showcase some really great playing—and hopefully singing.

We definitely talked about the songs as characters. As an actor, I’m used to becoming and embodying other people. So, it was important for me to play the role each song required. I drew on different shades of my voice and personality to tell different stories.

When I heard Gil’s arrangement [of Lose You To Love Me], I was so moved by it. I was able to personalize the story for myself. I can hear the evocative nature of that memory in my voice, and I hope other people feel the same way.

With her self-titled full-length debut, Laura Benanti constructs a diverse and dynamic solo statement, working alongside award-winning producer Matt Pierson (Brad Mehldau, Joshua Redman, Pat Metheny, Jane Monheit), arranger Gil Goldstein and a bevy of seasoned musicians on the album. Through and through, the process highlighted every side of Laura’s voice.

The first story comes to life on the album’s lead single, a cover of the Jonas Brothers’ “Sucker” released earlier this year. Above swinging piano, electric guitar, and finger-snaps, she transports Jonas Brothers’ comeback smash to a smoky thirties jazz haunt with sultry and sizzling soul. Laura paired the release of the track with an accompanying music video featuring workers on the frontlines of the COVID-19 crisis as part of a moving tribute celebrating family and essential workers. Proceeds from the track benefit FoodCorps—an organization which ensures kids who rely on school food get fed during the pandemic.

Meanwhile, Laura transforms Selena Gomez’s “Lose You To Love Me” into a bold ballad backed by resounding strings and a powerhouse vocal performance. She drew inspiration from Rosemary’s Clooney version of “Don’t Worry ‘Bout Me” to track her own tender take and carefully chose “The Party’s Over” from the 1956 musical Bells Are Ringing as a gorgeous denouement to the album. Elsewhere, accordion pipes through her reimagining of Rufus Wainwright’s “Cigarettes & Chocolate Milk,” which she relates to as devilishly conjuring “my twenties when I got in some trouble.” She also delivers a “fun interpretation of the anti-love song” by flipping Paul Simon’s “50 Ways To Leave Your Lover” on its head.

Maintaining a lifelong commitment to the arts, the singer also recently created an empowering campaign titled #SunshineSongs, which invited students whose school musical productions were canceled this year due to the pandemic to share videos of the performances they were not able to give, on social platforms. As chronicled by Good Morning America, she generated 4 million impressions and received over 10,000 submissions, attracting celebrities like Lin-Manuel Miranda and Jennifer Garner to join the campaign. Additionally, she invited students to contribute songs to her free “Sunshine Concerts” for senior living communities and children’s hospitals. The campaign’s success further grabbed the attention of HBO Max who recently partnered with Benanti to release an unscripted special, called Homeschool Musical: Class Of 2020 this December.

ABOUT LAURA BENANTI
In the midst of an illustrious career spanning Broadway, film, and television, Tony® Award-winning actress, singer, author, and activist Laura Benanti now brings a longstanding dream to life as she gears up to release new solo music with Sony Music Masterworks. With Broadway credits ranging from the My Fair Lady revival and Steve Martin’s Meteor Shower to She Loves Me, Laura garnered a Tony® Award in the category of “Best Featured Actress in a Musical” for the 2008 production of Gypsy—among five career nominations to date. Meanwhile, her performance in Women on the Verge of a Nervous Breakdown would be honored with the Drama Desk Award and Outer Critics Circle Award for “Best Featured Actress in a Musical.” Simultaneously, she enchanted audiences on the small screen, appearing on Younger, Supergirl, Nashville, The Good Wife, Nurse Jackie, and more in addition to films including WORTH and the upcoming Here Today. Laura recently released a book for moms entitled “M is for MAMA (and also Merlot): A Modern Mom’s ABCs” available now on Amazon.

To tell you the truth, I did feel immensely like a fish out of water listening to this album. Some songs are easily recognisable and extremely moving and inspiring (“Sucker”, “Lose You To Love Me”, “Someone You Loved”) while others were foreign. Yet Laura Benati isn’t an album to listen to for a fun time. It’s a deep, meaningful, introspective listen, and one that we all need to listen back again and again to gain more understanding and clarity of the story behind these songs. With Mandy’s songs, the jazz part was immaterial due to Mandy’s heartfelt and resonating story. There isn’t really a story here on this project, unfortunately, and there is a lack of cohesion here. Yet for some reason, I’m drawn to this album, in the hopes that it will sound better the next time. Laura Benanti’s album is alright, but there’s plenty of iconic songs here she covers- and these songs overall have drastically different lyrical themes explored. During COVID-19 we all have more time of our hands- and though I found Laura Benanti’s album semi-adequate, I reckon for a more complete jazz project, tackle any one of Mandy Harvey’s albums. Vocally Laura Benanti is an exquisite and magnificent vocalist- it’s just that this album lacked identity, given that there were older classics mixed in with current pop songs. Perhaps the second album will be more cohesive and have a running theme? Maybe an alubm with original recordings? Just a thought. Either way though, I still reckon Laura’s self-titled debut is needed for us all to hear, if only for us to realise that jazz isn’t for us at this point in time.

3 songs to listen to: What Are You Doing The Rest Of Your Life?, Don’t’ Worry ‘Bout Me, Lose You To Love Me