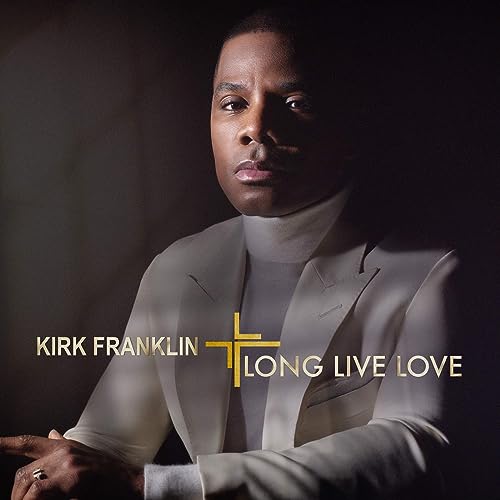 “…one thing that I’ve learned is that love and fear cannot occupy the same space. So, one of the weapons to defeat fear is love. Learning the power of love and being loved by the creator of love. Being loved by God himself. “For God so loved the world,” knowing that I’m included in that statement, and that I’m not an afterthought, and that I’m gonna be okay. God is my protector, whom shall I fear? And those truths give you the hope to be able to make it another day, to be able to persevere…” To tell you all the truth, I haven’t fully listened to Kirk Franklin’s music all that much. Not really a full album straight through, but I have listened to a few tracks here and there. Though some would say that Kirk is like the father of gospel music; others would say something different, boldly claiming that he’s a wold in sheep’s clothing and not to be trusted. Perhaps these differing opinions may be due to the fact that Kirk has had an active hand in Snoop Dogg’s latest gospel album, while back in the day numerous band members filed lawsuits against Kirk for various reasons. Kirk has been linked to supporting many mainstream rappers (inclusive of Kanye) and their search for meaning in this world through music and their own pursuit of ‘their version of Jesus’; but just through association, Kirk has been labelled a heretic by some. In my younger years I hardly listened to gospel music…so I guess you could say that right now I don’t really have any opinion of any controversy that one would say that Kirk is/was a part of. But whatever your views on Kirk outside of music are, there’s no denying utter and raw passion, evident on Kirk’s first single in 4 years, titled “Love Theory”. A few weeks ago, Kirk’s brand new album Long Live Love released; so let’s dive in to hear what Kirk has been up to the past few years.

A follow up to the stirring 2015 album Losing My Religion, “Love Theory” is everything you want in a Kirk Franklin song and more. This punchy, captivating, catchy and compelling melody is so far one of my favourite tracks of 2019, and features signature gospel choirs and a sound biblical chorus. As we are met with a call-and-response track, Kirk majestically imparts to us that Jesus is always working for us and always moving things in our lives that will ultimately eventuate for our good; even if we aren’t aware of or even believe the outcome right now. With Kirk leading the song against a rousing backdrop of enthusiastic gospel choir singers, we are provided with the hope and eternal truth that ‘…He saved the day, He will come through, He won’t doubt, that’s not what super heroes do, no greater love makes my heart beat, all I wanna do is make you proud of me…’, a sentiment and statement that is as true as the blue of the sky up above; as we remember God’s promises littered throughout His living word. I don’t know 100% if Kirk Franklin’s “Love Theory” will prompt me to avidly and actively search through his discography to check out his music (or maybe it will but just not now!), yet one thing is for certain. And that is the rest of Long Live Love picks up where “Love Theory” left off.

Opening the album is “FAVOR”; and as the first track, we are presented with a punchy, impactful and much needed message, relaying to us that Jesus will undoubtedly bring blessings and favour into our lives when we need it. Sung in typical gospel style with the choir and the ‘black gospel’ atmosphere; Kirk has done us proud with this track, as we worship along with equal fervour, proclaiming God’s favour on our lives as well especially during times of trials and struggle. “Idols” is another personal standout here. As we are presented with a semi acapella and semi hymn-like melody (which doesn’t feature Kirk on vocals at all!) and also an enthusiastic choir encouraging us all to lay down our idols to Jesus, the inescapable and ever-true notion is laid out- that we all must decide on whether God is a God of all or He isn’t. While “Just For Me” is probably the strongest track on the album lyrically, as the acoustic guitar ballad highlights to us that sometimes pain and trials and struggles are necessary for our spiritual growth (even though God doesn’t cause these things to happen!), and that sometimes the blessings that occur in our lives are orchestrated by God just for us, in order to highlight His goodness and sovereignty.

Throughout his 26 year career, Kirk has had some big hits (such as “Wanna Be Happy”, “Stomp” and “My World Needs You”), and it’s evident from the rest of this album that quite a number of tracks from Long Live Love will be hits too! “Father Knows Best” tackles heavily the concept of God allowing certain things to occur in our lives that we think are ‘mistakes’ and ‘obviously not of Him’, with Kirk eloquently reminding us that still our Father knows best even when we aren’t privy to His ways and His ultimate plan for each one of us, and even if we think that our own ways are better than His; while “OK” is a radio friendly gospel song full of encouragement and positivity, where Kirk lets us know that all of our worries aren’t based in truth, because we’re going to be ok due to God’s presence in our lives. “Strong God” isn’t a cover of Meredith Andrews’ smash hit worship song, like I thought, but rather a stirring and inspiring original tune whereby Kirk passionately lets us know that we all need Jesus because of the calamity and the chaos in this world (something similar in message to “Where Is The Love?” from the Black Eyed Peas!), while “Forever/Beautiful Grace” is the longest song on the album at just over 7 minutes, though nonetheless quite impacting and hopeful, as Kirk outlines just how poignant and healing grace is!

“Spiritual” is probably one of the most in-your-face tracks Kirk has ever recorded in recent memory, as he imparts to us that everything that we do in this world has an impact in the spiritual realm, as every day angels and demons are fighting for our attention; while Long Live Love ends with the seemingly free-verse and chorus-less “Wynter’s Promise”, possibly a song dedicated to someone called Wynter, and also a promise that extends to us, reassuring us that Jesus has paid the price for our sins, and we can live in the freedom and security that we’re made new again and that we’re sons and daughters of God. And overall, Kirk Franklin’s Long Live Love is as unique as it is compelling. Will it be enjoyed by those who aren’t familiar with gospel? Or do you just have to be a long time fan? Time will tell, but I’m still intrigued after hearing this enjoyable project, what is next in store for him. Is Long Live Love worth this listen? For die-hard Kirk fans- yes! But for others…well Kirk is an acquired taste, so check out the music and let me know what you think! I know I am unexpectedly digging the gospel sound… are you guys?

“…I think that first of all, whatever touches a person’s heart and causes them to want to be closer to God more than they are now, that’s a beautiful thing. That should be happening and that should be allowed. If people are growing in their faith, and if they’re going to gospel music, or if they’re going to worship and praise music that may lean a little bit more contemporary Christian in its style and format, that’s cool, too, because I think the main agenda should always be the word of God in this genre. The number one agenda should not be the industry, and what’s poppin’ on the charts, and what’s the new wave. I think that all of those things must be secondary, even if they have to be included at all…”