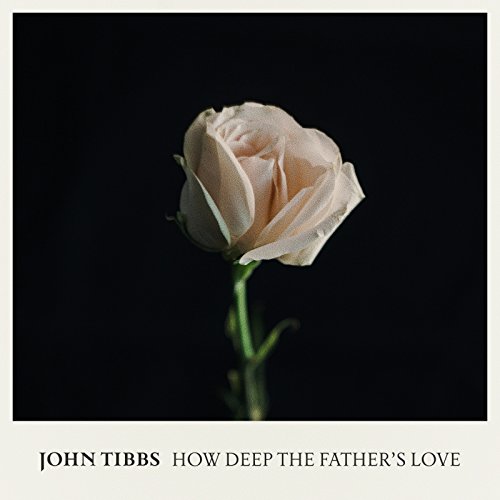 Famous, well known and respected for his cover of the Erik Nieder hit single “Dead Man Walking”, John Tibbs, who previously was signed to Fair Trade Services a few years ago, recently released his brand new EP Heartland last year- an EP that is sure to inspire and encourage, as we remember that God is a God who won’t ever let us go, regardless of whether we think He should or not. John released the album through Pledgemusic as a platform, and John’s sophomore project was quite compelling, comforting and confronting, while all the while enjoyable as well. Now, just this week, John also dropped the cover of Maren Morris’ “Dear Hate” last month, and just a couple of weeks ago has followed it up with a brand new song, but it’s slightly different in terms of style.

John has just recorded…wait for it- yep a hymn! A modern day take on the classic melody “How Deep The Father’s Love” recently released, and boy is it compelling and inspiring. Though only just over 3 minutes in length, John’s passion and heart for our Saviour and Redeemer is full on display here- and unlike “Dear Hate” which was at best covertly singing about Jesus, the classic hymn is one of the most overt tracks I’ve ever heard. Though there’s not much more to mention about this version of the song (except for the fact that John speeds up the melody, and adds his own flavour and spin to it, such as the harmonica to create a gospel/country atmosphere!); let me say that this version is comparable to other renditions from Owl city and from Joy Williams (and both of those were different from each other yet again!).

A couple of years ago, John Tibbs’ debut full length album certainly lived up to the expectations placed upon it by the impressive EP in 2015, and last year, Heartland definitely exceeded my expectations as well. Now this year, “Dear Hate” took everything to another level, and now “How Deep The Father’s Love” cements John’s stature as a formidable CCM artist in today’s society. Definitely having me eager in anticipation for John’s future projects, be it more singles or EP’s or full-length albums- John’s presence and exposure to the CCM market this upcoming year is sure to be a good thing indeed, as he ministers to Christians and non-Christians alike with his honesty and relatable lyrics. So, are you intrigued by how “Dear Hate” and “How Great The Father’s Love” sound like? I would definitely encourage you to check out John’s music, as Heartland and now both “Dear Hate” and “How Deep The Father’s Love For Us” are some of the most personal and emotional songs I have heard in a long time!