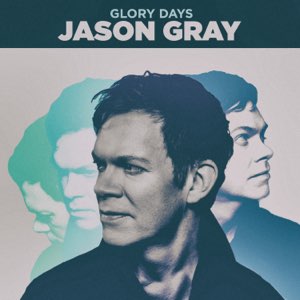 Jason Gray, quite possibly one of Christian music’s most honest and heartfelt singer/songwriters, has had quite a journey, personal and musical, to get to the point he is in today. From being a stutterer (and still currently) to changing his last name from ‘Gay’ to ‘Gray’ in order to kick-start his music career; it has been his lyrical poignancy in quite possibly all of his songs to date that makes Jason possess an ability like no other, to write songs that are able to unveil his own vulnerabilities without any attack or stigma, all the while weaving into the songs a grace that reminds us all that amidst the guilt, shame, pain and hurt, God is still there. Songs like ‘Nothing Is Wasted’, ‘More Like Falling in Love’, ‘I Am New’ and ‘Remind Me Who I Am’ show us the comfort we need, that God redeems us continuously each day from the circumstances and events we are in. His 2018 EP The Kipper Gray Sessions, was a collaboration between Jason and his son Kipper, and was unveiled to be one of 2018’s most lyrically rich and musically enveloping (encapsulating a myriad of musical styles within the confines of the 5 tracks) EPs- the EP as a whole embodied themes of community, individuality, alongside embracing the journey instead of longing for the end point at a quicker time frame; as Jason brought with the 5 songs, musical arrangements that further asserts his presence as an underrated artist in today’s Christian music society. Which brings me to 2019, where Jason unveiled to us another offering of music. This time it’s a collection of songs, split up into three. With the whole entire project titled as Order Disorder Reorder and may probably have a TBA release date in sometime 2020/2021; Jason gave to us Order EP in August 2019, while Disorder EP was released in March 2020 as well.

There is a smart process in releasing a set of songs in 3 parts. The journey of being in the cycle of order, disorder and reorder is often a process that can take years for us, and thus, having the 15 track album split into three and each ‘volume’ focusing on one theme and letting that sink in, in a reflective way, for us, is the most logical. Jason himself is a powerful and fantastic lyricist, and thus, having time between volumes of his project I reckon will be a good thing, as we tap into his lyrics and reflect upon the themes presented in each of the 5 songs, understanding that the Christian is often full of twists and turns, and that in the end, we’ll look back and see the purpose of the windiness. Until then, Jason has given us these songs to hopefully sing in our own stories of order-disorder-reorder. Reorder EP is releasing in October 2020, and upon the heels of Disorder EP that featured standout songs like ‘Through’, ‘Remind Me You’re Here’ and a duet with Blanca, ‘New Song’, ‘Glory Days’, the first single from the forthcoming EP, just released digitally, August 7th 2020. There’s nothing much to be said about the song, except that below are two excerpts by Jason himself discussing the song and it’s meaning- one from Instagram, and the other from ccmmagazine.com. Both these publications wrote about the song than I could ever have, and thus, that is what I’ll do. Read these paragraphs by Jason below, and listen to the song. One of my own favourite songs of 2020 thus far, this is a powerful song about reliving glory days, and pondering that maybe, maybe, the days in which we believe to be our disappointment, are in fact glory days because we focus more on God and His divine character and nature. Read below and be inspired by such a song as this:

‘…Glory Days celebrates those times in our lives when God gets his best work done in us. I wish it wasn’t so, but it’s clear the surest path to becoming who I most want to be will take me through fire and darkness. How do I become courageous unless I face terrifying things that call courage out of me? How do I become a person of grace without failing enough to know how much I need it? How do I learn how to forgive unless someone hurts me first? They say if you pray for patience, God might send you to the DMV. I’ve always wanted to be a person of grace and forgiveness, but there were people who wounded me so deeply that—even though I wanted to—I didn’t have the capacity to forgive them. Some of that was the fear of getting hurt again, but a lot of it was self-righteousness (it’s more fun to judge and feel above my enemy than to surrender my hurt and anger on the level playing field of our shared humanity). It took going through a season of fire and darkness, suffering and failure, for space to be carved out in my heart where I could finally receive the grace of forgiving. I was moved from self-righteous self-preservation to compassionate love for my enemies who, in the end, looked more like me than I wanted to admit.
There, but for the grace of God, go I. Or as pastor Andy Stanley says… “I know a mess when I see one because I am one.” The fire and darkness of the cross reveals God to be a reckless forgiver whose glory is his mercy. It can do the same for us. I like this from author David Crosby: “You do not get to choose the events that come your way nor the sorrows that interrupt your life. They will likely be a surprise to you, catching you off guard and unprepared. You may hold your head in your hands and lament your weak condition and wonder what you ought to do. To suffer, that is common to all. To suffer and still keep your composure, your faith and your smile, that is remarkable. Pain will change you more profoundly than success or good fortune. Suffering shapes your perception of life, your values and priorities, and your goals and dreams. Your pain is changing you.” That sounds like a heavy statement… But honestly, once you start experiencing the kind of change that only your pain can get at, you find a kind of joy in it. If you like exercising, you know exactly what this is like! It’s the intense workouts that make you the most excited (usually after they’re finished, but still…’

‘…I love the way the two different uses of ‘glory’ play together in these verses. It got me thinking about the phrase ‘glory days’ and how we tend to think of the glory days as a charmed time in our life when everything was perfect and trouble-free. But as I read those verses [2 Cor. 3:18 and Romans 5:3-4] , and elsewhere in scripture, it’s clear that the difficult days are when God gets his best work done in us; as suffering produces perseverance, perseverance, character, and character hope [Rom. 5:3-4]. I wondered: what if our glory days are actually the days of trouble and struggle that God uses to transform me ‘from glory to glory?’ [2 Cor. 3:18] I find myself feeling something like a quiet anticipation on days when I’m feeling broken hearted. I, too, can ‘glory in my sufferings’ [Rom. 5:3] because I know those are good days to seek God, trusting that I’m in a good place for him to do his work in me, moving me from glory to glory, making me more of the person I most want to be—someone who looks a little more like Jesus every day…’

Even though Jason is still not necessarily the most recognised or even the most popular artist within the ranks of CCM currently (artists like Chris Tomlin, Natalie Grant, Francesca Battistelli and Matthew West receive much more radio airplay than Jason), Jason nevertheless forges on, as a songwriter whose songs have become the cornerstone of change in many people’s lives around the world, inclusive of mine. On the same roster as artists like Andrew Peterson, Jordan Feliz, Lauren Daigle, Unspoken, Jonny Diaz and North Point InsideOut, to name a few; Jason continues to anchor the roster, in both a songwriting and lyrical perspective, and his first EP in this series, Order and most recent EP Disorder are both testaments of this. Order EP was a perfect start to the Order Disorder Reorder music project process and Disorder came at a very ironic time in today’s global history with the coronavirus. And with ‘Glory Days’ releasing at a moment in history where we as nation and the world can sometimes believe into the fact that our glory days are behind us, we’re to be reminded that with Christ, they can still be in front of us, for everyone. As we apply not only the themes of ‘Glory Days’, but the themes of the other two EPs tour life, and see what the Lord is saying to our current situation at hand; we are reminded, that in light of our current global situation, Jason’s music stands tall to become one of the most compelling and introspective artists, alongside singer-songwriter Andrew Peterson, of CCM in modern music history. Well done Jason for ‘Glory Days’, here’s hoping and praying that people can be impacted and influenced in a positive way by the music, during this sombre and trying time!