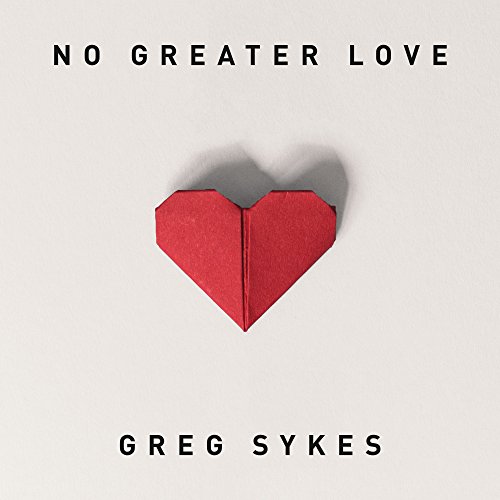 Signed to a label that is often overlooked and underappreciated in favour of labels like Provident, Capitol CMG and Word Label Group, Integrity Music has housed, over the years, some of the most honest and emotive worship leaders of our time- Darlene Zschech, All Sons and Daughters, Alisa Turner, Corey Voss, Lincoln Brewster, Jaci Velasquez, Planetshakers, Paul Baloche and Tim Hughes. More recently, artists like MDSN and Greg Sykes have joined a roster of artists that are changing the landscape of worship and how we view it in the first place. Greg, a native of Ontario, Canada, unveiled his debut Integrity Music-backed EP in March 2017, featuring the radio friendly and chart-topping ‘Reverse’, alongside his heartfelt ‘All I Need to Know’, that was appropriately covered by rock-turned-worship artist Stephen Christian on his album Wildfires.

His EP in 2017 was great for the church and while each song was great in their own rights, the flow of the EP and the atmosphere in a holistic sense wasn’t that all cohesive, with the EP adding very little to a worship music genre that is sadly becoming over-saturated by the minute (because on top of the Integrity Music worship artists, you have others that are worship artists that are not on the label- Chris Tomlin, Sarah Reeves, Crowder, Kari Jobe, Meredith Andrews, Matt Redman, Phil Wickham, Rend Collective, Elevation Worship, Aaron Shust, Matt Maher, Kim Walker-Smith, John Mark McMillan, Leeland, Shane and Shane…you get the picture right?). So did Greg bring us something new in Reverse that released last year? Not really. So what does this new offering ‘No Greater Love’, which is a re-working of ‘How Marvellous’ the hymn, offer to us in 2018?

Released in February, Greg, who has toured with many artists throughout his worship career (inclusive of Michael W. Smith, Martin Smith of Delirious?, The City Harmonic- who was also on Integrity Music before they disbanded last year, MercyMe and Paul Baloche to name a few), provides his own unique and fresh spin on the beloved hymn. Yes, this 3 minute melody is a step in the right direction from his collection of melodies in Reverse (aside from ‘All I Need to Know’- which was actually a very decent track, so much so that it fitted much more on Wildfires as a Stephen Christian-esque track compared to on Reverse!), and I am pleased to see Greg hone in his skills as a worship leader/songwriter, seamlessly transitioning his own written verses and choruses to the tag of the hymn. I guess no one can re-do or even re-work ‘How Marvellous’ as much as Passion way back on 2006 on their album Everything Glorious, yet this new offering from Greg is the next best thing.

With the original parts of this 3 minute track co-written with We Are Messengers frontman Darren Mulligan, this song is certainly fit for such a time as this- Easter. It is a reminder that there’s ‘…no greater love that I have ever found, no one else I know would lay His own life down, for someone like me, in my vanity and pride, with a selfless love, you’ve restored my life…’ This song, no matter how ‘simple’ it can feel or even seem, is a track that, upon hearing again and again, has grown on me, to the point where I can say that Greg Sykes’ music is not that bad. Even now I’m revisiting some of the songs from Reverse in a new light. Maybe that’s what a year and a bit can do to my critical spirit, that was ever present when I wrote the EP review last year. Who knows. What I can say is that Greg’s music has ministered to many, even if I myself may not have been as blessed by his music as I was (and am) with other artists on Integrity (and other label too), and that even his music is very CCM and not that ‘artistic’ or even ‘interesting’, his music still has a place- the same can be said of ‘No Greater Love’. In and of itself, ‘No Greater Love’ is a powerful song. But then there are other songs like ‘Reckless Love’ and ‘My Victory’ (Cory Asbury and Crowder respectively) that speak of the theme of love with much more emotion and poignancy…but that’s ok. ‘No Greater Love’ just adds to the theme that these two aforementioned songs built upon.

‘No Greater Love’ will speak to different people, and that’s fine. I may not have spoken to me as much as other songs from other artists who speak of a similar theme, but nevertheless, Greg is stepping one foot in front of the other in the right direction when it comes to creating music with artistic value and music itself that doesn’t sound as formulaic as his previous efforts. And though much of Greg’s repertoire has been songs that can get lost in the sea of other songs out there, ‘No Greater Love’ bucks the trend, ever so slightly. Greg’s place within the music industry ought not to be questioned- even I am revisiting Reverse in a new light, so his place in such a criticised part of the Christian music industry is all but secured. Here’s hoping his next efforts are as good, if not better, than his last. Well done Greg, for such a song as this for the season as this- Easter. Can’t wait to whatever God has in store for you next in the future!