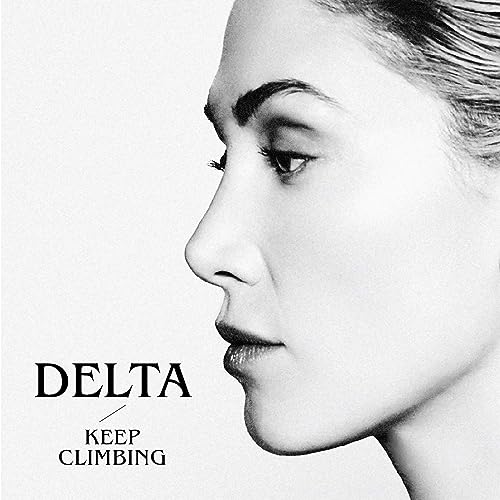 One of Australia’s ionic living active music legends- in every sense of the word, alongside heavyweights such as Guy Sebastian, Jessica Mauboy, Tina Arena, Johnny Farnham, Kasey Chambers, Jimmy Barnes, Olivia Newton-John, Missy Higgins and Shannon Noll… is Delta Goodrem. She has wowed and warmed the hearts of many over the years- especially with the heartfelt and poignant piano ballad “Let Is Rain”- written in response to the devastating Australian bushfires from early this year. While we as human beings believed that these fires would be the worst that we’d face… we were dead wrong. In the space of a few months, we were introduced to COVID-19, the deadliest unseen virus this planet has veer experienced. Yet the resilience and strength from people all around that world has been evident greatly over the past few months, with Delta being one of the Aussies leading the charge of people who have been positive and full of inspiration over this uncertain period.

Releasing 5 albums and plenty of powerful and heartfelt singles, such as “In This Life”, “Believe Again”, “Dear Life”, “Sitting On Top Of The World”, “Innocent Eyes”, “Enough” and “Dancing With A Broken Heart”; Delta indeed is an exquisite brilliant singer/songwriter has had quite the career- and I’m not going to delve deep into Delta’s discography and her inspiring melodies- as you can in fact read last year’s Momentous Mondays’ post from my brother Jon. However what I will say is this- that once again Delta has just released her most personal and lyrically impressive track ever- one that you all need to listen to pronto! It’s a song linked to COVID-19 and written in response to the calamity, in order for us to make sense of the world while we’re in quarantine. I personally have written a couple of blogs outlining my thoughts about COVID-19 (read my blogs about Philippa Hanna and Hailee Steinfeld!), and while you can also read our review about Matthew West’s “Take Heart” (written from quarantine!) and anticipate our review of OneRepublic’s Human (which contains the song “Better Days”, written by Ryan Tedder during quarantine!); why don’t you be immersed in “Keep Climbing”, the latest from Delta, and presumably the lead single from an unnamed studio album to be released this year or next year?

Driven by stirring keys as well as an emphatic and passionate gospel choir, “Keep Climbing” is a quasi-spiritual track that brilliantly conveys the struggle of feeling isolated and alone, juxtapositioning with the feeling of embarking on a new journey into the unknown. As Delta earnestly relays to us that there’s ‘…two mountains, I’m caught in the middle, can’t see the forest before the trees, this climbing breaks me a little, but the hope inside of me that this lonely valley leads to a bridge over troubled dreams…’ beautifully compares the challenge of quarantine and the whole ordeal of COVID-19 as a gigantic mountain that we all have to scale and climb up, as we realise that over the other side of the mountain is something beautiful and something glorious. We just have to keep the faith and plough on to the other side, knowing that together we can make it. There have been many songs in the past that celebrate comradery and championing soldiering on like “Together” and “Together (We’ll Get Through This)” and “The Elements” (from for KING and COUNTRY and Steven Curtis Chapman  and TobyMac respectively)…and “Keep Climbing” from Delta is another such song about unity and braving the elements in order for us to overcome adversity and become braver, stronger and bolder as a result!

One of Australia’s most respected artists this generation; we ought to be extremely proud of Delta Goodrem and this hopeful and inspiring melody. It isn’t known when Delta will release a new original album… but with “Keep Climbing” and “Let It Rain” hopefully making the cut for a potential track list, perhaps this record will be one of her best yet! So until then everyone, let’s listen to Delta’s discography, and be inspired. Because I know I am! Well done Delta for providing us with solace and comfort in this difficult season, and may God bless you abundantly and immensely this upcoming year!