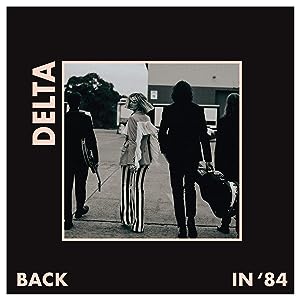 Delta Goodrem has been synonymous with Australian culture for quite some time. Her impact and influence on Australian music is huge, and as I’ve been listening to her music throughout the years (more so on a regular basis ever since her 2016 album Wings of the World), I’ve been noticing this one thing- that God doesn’t really care what type of music He uses for people to understand more about themselves and more about Him in the process- if He chooses to convey His love for creation through a Skillet song, a Chris Tomlin song or even a Delta Goodrem song, then who are we, mere humans, to question anything that He does? Delta’s music has been encouraging, impactful, and dare I say, God-breathed at times- her songs like ‘Born to Try’, ‘Believe Again’, ‘In this Life’, ‘Enough’, ‘Sitting on Top of the World’, ‘Mistaken Identity’, ‘Together We are One’, and more recently, songs like ‘Let it Rain’ and ‘Keep Climbing’; are all testaments of the inspirational influence that Delta has in her music, even possibly without knowing it herself. As I’ve continued to embark along the road of understanding that ‘mainstream’ music isn’t as ‘bad’ or ‘evil’ as I was even led to believe, I find myself being more open to whatever the Lord has in store for me- be it a worship song, a hard rock song, or even a song from an Aussie artist, that can deliver similar punches and remind us all of our desperate need for something bigger than ourselves to sustain us in this life that we lead.

Enter in Delta Goodrem, who I can boldly say I am a fan of. Her new album comes out TBA 2020, but she’s already scheduling a Bridge Over Troubled Dreams tour in April 2021, so can I assume that that will be the album title? Regardless, Delta released a total of 3 singles this year thus far- ‘Let it Rain’, a charity single in light of the Australian bushfires, ‘Keep Climbing’, the powerful first single which has been confirmed to be on her brand new album releasing soon, and ‘Paralyzed’, that was unveiled to us last month. As I have said time and time again this last year, I’ve come to realise, that if we limit the music in which we believe God can speak to us through, then we really don’t know God and what He really can do…I know, controversial to some, but it’s the truth. And I’m understanding more and more each day, that the God who raised Jesus from the grave, is the same God who can speak through a music genre, or a music style, that may be different from what we as Christians are used to. And maybe, just maybe, that’s ok.

‘…at times during our quarantine moments this year, we can feel like we’re stagnant in our lives, like we’re in fact paralyzed and just looking at the situation wondering what we do right now, when everywhere around the world is hurting and going through one of the worst pandemics in human history. We are reminded that we are not alone in all of this- that restrictions in one country are very much the same in another- everyone is on varying degrees of how far this virus has gripped countries, but nevertheless, we are all on the curve, in some way or another. COVID-19 has changed how we perceive reality right now, and such a song as ‘Paralyzed’ conveys these sentiments and our feelings quite well- especially the emotive lyric ‘all of my plans have been silenced overnight’. Because that is exactly what happened- overnight in March, businesses ceased to operate, in July, Victoria was shut off from the rest of Australia because of the climbing COVID-19 infection numbers. And so what do we do right now? Where to from here? It’s like we’ve been presented with so much information and we don’t know which way to turn. And maybe that’s what we need to do for a little bit. Be paralyzed. Sit in the dust and the mirkiness. The uncertainty for a bit. For if we try to rush the process and get to the other side, maybe even quicker than what we should, then maybe we haven’t learnt all the things we should when we’re under quarantine…’

This above paragraph, I wrote above what I thought ‘Paralyzed’ was about, and what I thought Delta wrote it about, too. I was impacted by the melody at how much the song was relating to our COVID-19 situation, and thus, naturally I thought that this meaning was what Delta had originally intended as well. But boy, I was going to be wrong. And that’s ok. While I know now that ‘Paralyzed’ wasn’t really about COVID-19 (though it can very much be applied to this current 2020 situation) but rather, it was written by Delta about her own paralysing experience in 2018 where a routine removal of a salivary gland, turned into a full paralysis of the tongue and relearning of speech. Quite literally, the singer was paralysed, and in this moment in 2020, the song was borne out of difficulty and hardship. And though I would’ve never have guessed that such a profound thing would’ve happened to such a seemingly all-together artist, what I do note is this- that songs can bear the message and meaning of one thing, and when someone hears it, they can attach their own personal meaning to it too. Which is the beauty of why music is such a universal language and a great avenue and vessel to be used by the Lord to speak to people in various different walks of life. And just as ‘Paralysed’ has had two meanings thus far, I’m confident that all isn’t what it seems, in a good way, for ‘Back in 84’, the rousing piano anthem delivered digitally today to Australian digital providers Amazon and Apple Music.

The song itself from a literal standpoint is Delta looking back at her life thus far, from 1984 till now. Born in November 1984, Delta’s presence and impact in the music industry is unparalleled to anyone at the moment, and even though artists like Vanessa Amorosi and Natalie Imbruglia have had varying amounts of success over the years, there is none more accomplished than Delta. ‘Back in 84’ is a reminder to Delta, and a reminder to us, at how far the world has come in decades. Things were simpler back then- TVs, actual TV shows (none of these streaming options), Nintendo 64s, cathode ray tube tvs, actual hand-held newspapers, CD players and VHS, some could actually call the 1980s, 1990s and the 2000s as being the best time of their lives, and maybe when we ponder how life is now with the rising technology and the inability for the younger generation to communicate face-to-face, then yeah, back when we were growing up was a simpler and more enjoyable time in our lives. But as the song is a reminder, that we can’t change the past, or turn our clocks back. Time keeps rolling on- we can reminisce and remind ourselves of how good certain aspects of life was back then, but unfortunately, we can’t go in a time machine and live there. Sometimes we wish we could though. Nevertheless, ‘Back in 84’ is a challenge for all of us- just as our past as shaped us to who we are right now in the present, so too will events now, shape us to the type of people we are to be in the future. And so to quote the chrorus of the song, ‘…these are the best days, the best days of your life the break ups that shape us to who we are, it’s the courage that it takes to live in this time, so make it the best days, the best days of your life…’ We are given this time in our lives only once, and I know this song can be bordering on cliché, but the song indeed is true- that we ought to make these days we are in right now, the best we can possibly make them, and just to enjoy the ride of where God is taking us in this life, showing us things that we may not have known if setbacks and unfortunate events were eliminated from our proposed trajectory. To learn all the things that we learn right now, we may have needed to have gone through the things we did, back then. And maybe that’s ok. So let us make today, this day, the best we can make it. Put on some music. Let songs from artists like Chris Tomlin, Lecrae, Hanson, Colbie Callait, Casting Crowns, for KING AND COUNTRY, Third Day, MercyMe, Tina Arena and Delta Goodrem (to name a few, of the many, many artists I’ve delved into the last year and a half), soothe your soul and impact you more than you may even realise. Who knows, maybe a song like ‘Back in 84’ can impact a life far greater than we know. Here’s hoping and praying that God uses such a song as this, to remind us all of the fast-paced nature of time and life, and the importance of family, relationships and a deep sense of self and identity above everything else. Well done Delta for such a powerful song, can’t wait for the next studio album, whenever it releases.