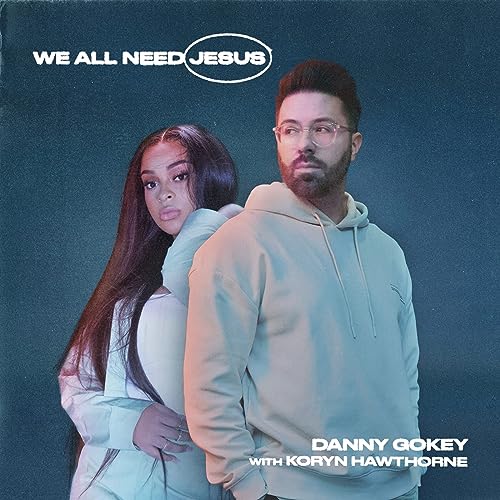 Danny Gokey has been a reliable force within the CCM industry of late. Since his ejection into Christian music with his unveiling of his 2014 album Hope in Front Of Me, his second overall after a stint in country music with the 2010 album My Best Days, Danny has been giving us hit after hit, song after song full of life and hope, comfort and encouragement. With Danny himself being a product of the singing competition American Idol, many others, alongside Danny, have been grateful for the singing competition, from Mandisa, Phil Stacey, Chris Sligh, Carrie Underwood and Colton Dixon, to Philip Phillips, Scotty McCreery, Kris Allen, Jason Castro, Daughtry, Katharine McPhee and Jordin Sparks. In 2017, Danny unveiled another new album in Rise, one that has since been nominated for Dove Awards and borne with it the radio singles of ‘The Comeback’, ‘Masterpiece’, ‘If You Ain’t in It’ and the title track ‘Rise’. Coming into his own with the release of his successful album Hope in Front of Me, Rise was everything that we could be excited for, as CCM fans. And while it is always sad to see anyone go through what Danny did (his first wife Sophia died just weeks prior to his American Idol audition), we see an artist and man that has arisen from such tragedy with poise and grace- Hope in Front of Me is a career defining album for Danny, and his 2017 album showed a man continuing to deliver hope and encouragement through his own life experiences, to whomever hears it. Danny also gave to us another powerhouse album Haven’t Seen It Yet in 2019, inclusive of hits like the title track, ‘New Day’, ‘Love God, Love People’ and ‘Wanted’, making the album one of my favourites to have been released in that year of 2019. Now here we are in 2021, a couple of years later, and Danny’s unveiled to us another offering of music, this time a collaboration with gospel sensation Koryn Hawthorne with the song ‘We All Need Jesus’, a track that reminds us that no matter who we are, what we do and who we interact with; we all still need Jesus, and that it is fact.

Danny’s songs have always shown to us, his passion for delivering songs that always point to Christ, and this song is by no means any different. Featuring the powerhouse vocals of gospel singer Koryn Hawthorne, ‘We All Need Jesus’ features light acoustics and a radio-friendly beat, as both Danny and Koryn trade vocals to deliver some of the most emotive and heartfelt lyrics I’ve heard in 2021 thus far. It’s a simple message, but still profound. That we all need Jesus, there’s no getting around that. It is a call for us all to be real and honest, as we come to terms with our own need of saving, that our Saviour Jesus Christ, is what is needed in society and the world, that what we do or don’t do, won’t change the fact that we need someone else to do the saving for us, because our very own nature often works against us, in each and every worst way possible. ‘We All Need Jesus’ is a sobering moment where Danny invites us all into a time of reflection, and both he and Koryn compliment each other on vocals quite well. A song that can hopefully challenge and convict, Danny’s song, be it as a single or maybe even part of the next album (whenever that is), continues to become one of my favourite songs of 2021 thus far. Well done Danny and Koryn for this track. Looking forward to a possible new Danny Gokey project…end of the year, perhaps?

Excerpt of the chorus of ‘We All Need Jesus’