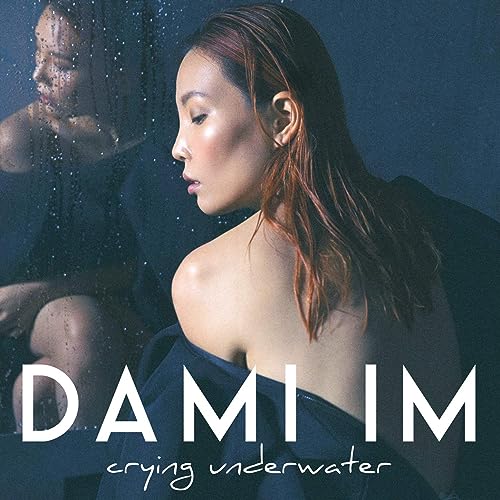 Winner of the X Factor Australia in 2012, Dami Im has gone from strength to strength, and has wowed us all time and time again with her powerful and angelic voice, as well as her relatable and personal original songs, and compelling covers. It’s a well known fact that Dami Im isn’t extremely popular in Australia (leave it to other artists like Guy Sebastian, Delta Goodrem, Kylie Minogue, Sia, Johnny Farnham, Keith Urban and Jessica Mauboy to name a few; to claim that mantle!), nor is Dami internationally famous like artists Ed Sheeran, Taylor Swift, Selena Gomez, OneRepublic, Daughtry or P!NK. Yet there’s no denying Dami’s prowess as a singer and a songwriter, which is indeed very reliable and strong, and no doubt be recognised and realised in the coming months by hopefully almost everyone. Then again, perhaps Dami’s fans and success may only be confined to Australia.

But by the way Dami has churned out the releases at high quality (Dami Im in 2013, Heart Beats in 2014, Classic Carpenters in 2016, and I Hear A Song in 2018, not to mention singles “Smile”, “Sound Of Silence” and “Fighting For Love”, and her live EP at the beginning of this year), it seems that she may not be perturbed or fazed by the lack of success. Either way, the world’s loss is Australia’s gain, and that’s ever more on display than in Dami’s latest new single, the quasi-spiritual piano-pop 3 minute melody “Crying Underwater”, which could double up as a prayer to Jesus, or a plea to a mate. Dami’s first release as an independent artist (at least that’s what it says on apple music!); it’s clear in this song that Dami is seriously in her element here and is enjoying herself immensely, not caring one iota about the opinions of her fans and listeners. Vocally strong as always, while also delivering lyrics of immense poignancy and relevancy, I also reckon it isn’t by coincidence that “Crying Underwater” release today, around the same time as R U OK day.

As a watcher of the X Factor during the season where Dami was a contestant (the final year in which I was an avid follower of the X Factor!), I’ve been always following her career, and have been in awe at how far she has come as a musician. During my time working at the café though, I hadn’t had much time to follow Dami’s music (the previous two albums were cover projects) yet it is this brand new single that has reignited my love for her music, as I realise that Dami is a stellar vocalist and a vocalist the world needs to know about, and quickly. “Crying Underwater”, just like “Head Above Water” from Avril Lavigne around a year before; deals with the notion of feeling like you’re drowning and can’t escape the pressure. Feelings of inadequacy and self-worthlessness are explored here as well, as Dami fervently cries out that ‘…if I was crying underwater, would you see my tears? If you knew that I was drowning, would you dive in to save me?…’; and the vagueness of Dami’s plea- is it to God or a close friend?- is sure to garner discussion as we redefine what it means to be vulnerable and ask for help when we need it. Exposing yourself and your emotions isn’t weakness- it’s actually strength to be real with those around you. And once we truly understand that our loved ones won’t judge us whenever we’re going through the worst of our trials and tribulations; then and only then we can live in true freedom, surrendering everything to God and letting our loved ones into the most inner part of us.

Will Dami Im’s Australian success mean international success? Maybe, maybe not. But one thing is for sure- that she is one artist that you all should listen to, as Dami’s vocals and songwriting is nothing short of brilliant. Don’t believe me? Well, start off with listening to “Crying Underwater” and then you can go backwards in her discography- you won’t be disappointed.