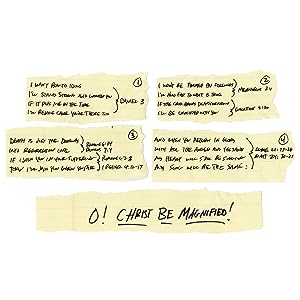 Cody Carnes. Husband to worship leader Kari Jobe. Singer-songwriter and artist himself. Artist of the popular radio hit and chart-topper ‘The Cross Has the Final Word’. Released one full album in late 2017, alongside releasing another song with wife Kari last year titled ‘Cover the Earth’ (a song co-written with fellow believer Daniella Mason- who’s ministering in the mainstream music circle!). And in my own opinion (but what do I know- I’m just a reviewer!), Cody Carnes has been instrumental in the reinvention of the worship genre of music, if ever worship was a genre to begin with. Just like artists gone before him, from Crowder, UNITED, Meredith Andrews, All Sons and Daughters and Phil Wickham, to Jesus Culture, Third Day, Chris Tomlin, Tim Hughes and Paul Baloche; Cody’s infectious joy and passion, alongside the actual songs that ooze out biblical truth and heartfelt anthems that can be sung in a variety of life settings, is what I believe will continue to bring Cody to give to us again and again, songs that stretch us in our own beliefs of what worship music should be like. ‘Run To the Father’, a song that I believe was one of worship music’s most impactful songs of the 2019 year, really reminded me what it means to get back to basics and declare from the heart that all that is needed is to run to the Father of all fathers, to sit at His feet and be enthralled and what we believe our God is capable of. ‘Run to the Father’ in my opinion is Cody’s most impactful song I’ve heard since ‘The Cross Has the Final Word’, and will be a very tough song to beat in terms of impactfulness and biblical doctrine and ‘tug-at-the-heart’…until now of course. Enter in ‘Christ Be Magnified’, a quasi-hymn released at the turn of 2020, and a song that for me will become a favourite of mine as the year continues to progress.

With the song itself debuting at Passion 2020 on stage in front of millions at Mercedes-Benz Stadium in Atlanta, Georgia, ‘Christ Be Magnified’ is as hymn-like as many of other modern day hymns, and reminds me of a similar structure, at least stanza-wise, to Phil Wickham’s ‘Living Hope’, another great song by another great worship artist. As Cody himself divulges the meaning behind the track, we get a glimpse to his heart behind what he wants people to receive and know when hearing the song- ‘…we were created to worship. We find our native cry and inmost melody when worship to Jesus is expressed out of us. The foundational prayer for my life is that Jesus would become greater in me. When I study all of Paul’s writings in the New Testament I see his teaching point to that prayer. This song ‘Christ Be Magnified’ is an attempt to put that prayer to music for the church; a song that lifts a devoted sound of worship to Christ and says ‘I’m all in. Whatever it looks like, whatever it costs. I give you my life for the rest of my life.’ Death of my flesh is the doorway into the resurrection life of Christ. I want more of that in me! It’s my prayer every time I lead this song…’ Sombre and reflective, heartfelt and true, this new song by Cody is hopefully what is indicative of, in the upcoming new album, a follow-up to The Darker the Night, The Brighter the Morning. Precise and articulate, Cody has made it a habit to produce songs for the church, and maybe, just maybe, ‘Christ Be Magnified’ can impact the church globally and locally in years to come. As this is a peek into what the new album will bring, then with the hearing of this song, and the songs prior, I am quietly confident that such an album like this will be as good, if not better, than Cody’s previous album release. Well done Cody for such a spectacular tune, can’t wait to see what the finished album will be and how it will look like, whenever that arises.