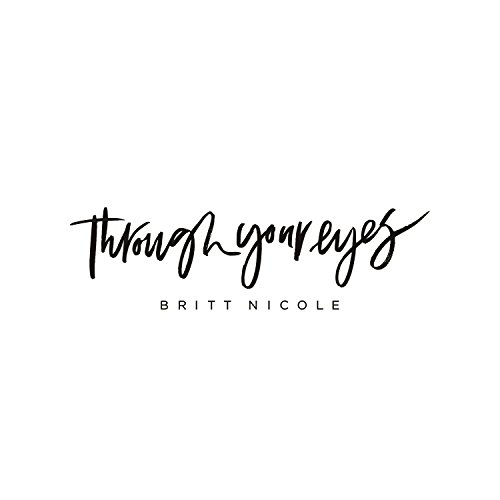 Yes, I know, a review for just a single. Weird, isn’t it? Yes, in a way. But if we know that this is the first song Britt Nicole has released since her 3rd studio album Gold way back in 2012, we can appreciate the fact that a review of this song, even if the full length studio album will come out later on during the year, is nevertheless a fitting moment in time. Britt Nicole, by far, has been one of my favourite female CCM artists since her debut album of Say It way back in 2007. From songs like “Don’t Worry Now”, “Set the World on Fire”, “Gold” and “All This Time” to “Stand”, “Ready or Not”, “Walk on the Water” and “The Lost Get Found”, Britt has always worn her heart on her sleeve, delivering tracks that are relatable, real, raw and reminding of the perfect love that envelops us on a constant basis, even during the moments when we may not believe it ourselves. And yet after her successful 2012 album, which even featured a re-release in 2013 in the mainstream market…there was radio silence. Mind you, let’s not include the remix album in 2015- that doesn’t really count. Between albums it has been 4 years, maybe even more. Many, including myself, thought she was never going to release anything new.

But, if artists like Leeland (radio silence since 2011) could release Invisible 5 years after The Great Awakening and Nichole Nordeman (radio silence since 2005) could release The Unmaking a whopping 10 years after Brave, then Britt Nicole’s 2016 album release 4 years after her previous one doesn’t seem that long. And yet we as consumers and lovers of music seem to think that if an artist doesn’t release an album after a certain amount of time, then there must be something wrong…with them. Maybe, with their personal lives, but the way I see it is this- if Nichole can make a comeback, then I’m quietly hopeful that Britt’s new album is worth the wait. So how does this new single “Through Your Eyes” compare to others of years gone past? Has Britt’s break from music led to a more mature and refined sound? Am I stoked like the next person to see that Britt is indeed releasing something new this year? Read the remainder of this, albeit short, review to find out!

It has been a long time coming for Britt. And I’m sure a long time coming for many fans of her music, inclusive of myself. So what is the message behind “Through Your Eyes”? Starting off with an electronic keyboard style introduction, we are met with the ever-familiar voice that has been quiet for the last few years. As Britt delivers her trademark voice and reminds us all of how God sees situations, people and circumstances not from our view and our me-coloured lens but through His own perspective, which can be, and is, so much bigger and grander than ours; it has been the chorus of the song that has stood out for me in terms of lyrical content. Because always for me as a reviewer I have come to realise that lyrics are first and foremost- you can have a great melody and be a pop sensation, but if the lyrics are just about nothing and having a great time, then the song is meaningless. On the flipside, you can have the most theologically sound lyrics of a generation, but if the song isn’t catchy, then no one would want to hear it. So for “Through Your Eyes” to deliver on both fronts is a feat in and of itself.

An enjoyable song fit and primed for radio, complete with the 3 minute pop marketability that comes with placing a song on radio; we are reminded that just because a song is fit into the box of ‘radio hit’ doesn’t mean that it doesn’t tackle the issues that need to be discussed. Sure, this song is pure CCM pop at its rawest form. Sure, people who enjoy more of an indie/rock sound will rip into this song. And maybe that is what is needed for us to know that there are millions of different styles out there and that’s ok. Not every style is for everyone. I may enjoy Britt’s new single whereas someone else may not. And that’s ok too. Yet what I reckon is that Britt’s new track is by far one of the most honest and real melodies she has ever written since “Walk on the Water” back in 2009. Will it do well in the charts? Maybe, maybe not. It has only been out for a day or so. Ask me this question in a few months and what I say will be a different story. But what I will say is this- Britt Nicole is back after an absence in music, and her comeback single is as musically inventive and lyrically powerful as ever. Dare I say that this song has shot up to become one of my top 10 favourite songs of 2016 thus far? Because it has. A more-than-likely shoe-in on WOW Hits 2017, if this single is any indication of how Britt’s new album will be, then her forthcoming album will be one of my favourites of 2016. Well done Britt for this encouraging song. Can’t wait to the next album releasing at the end of the year!

3 songs to listen to: This is not a 3 song EP, just listen to the song and enjoy the 3 minute goodness from an artist who’s forthcoming album will be as popular, or even more so, than Gold.

One thought on “Britt Nicole – Through Your Eyes”