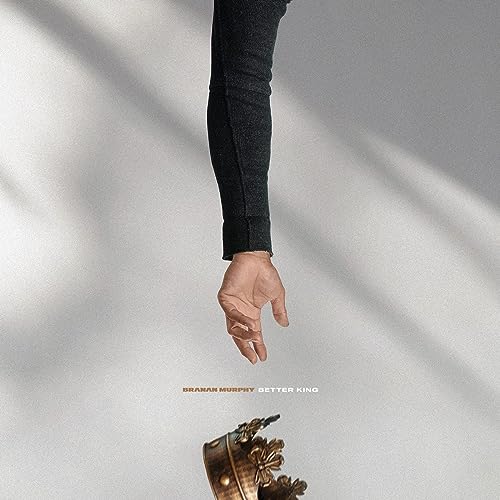 In my opinion, one of the artist to have seemingly come out of nowhere over the past few years- quite literally, to deliver one of the most impacting and musically different songs I’ve heard in a long time; is Branan Murphy and his song “All The Wrong Things” from 2017, with Koryn Hawthorne as a guest vocalist. And as we have been blessed to hear Branan’s debut full length album Who Am I? having released the project 2 years later in 2019; Branan delivers to us 15 impacting and powerful melodies, and a brand of Christian pop not heard before in recent memory, with the sleek production almost rivalling some of his mainstream contemporaries such as Justin Timberlake or One Direction (when they were still a band!). With “All The Wrong Things” anchoring the album, alongside “My Life”, “Just A Vapor” and “Enough”; Branan’s music is a must-listen if you enjoy similar artists like Lecrae, Colton Dixon and Tauren Wells, as the album continues to probe and prod, breaking down the barriers placed there that divide ‘sacred’ and ‘secular’ music. And I am sure the project will impact lovers of both CCM (and all facets of that) as well as mainstream too! Now fast forward to now, and it’s time for Branan to release something new. With Better King having dropped yesterday, via Dream Records; the question on everyone’s lips is this- is this new EP up to the same standard as last album, given the label change? And the answer… in my own opinion is an undoubtedly confident yes. There is no sophomore slump for Branan- his new EP will hopefully be one of many in the years to come!

Opening the track list with the impacting and in-your-face melody “Bored” with Byron Juane on guest vocals, the song speaks about the realities of boredom, and the warning that often times when we’re bored we can make pretty emotionally charged choices that aren’t good for us in the long run (more on the song here and below in a quote!); while the moving and inspiring title track eloquently reminds us all that when we are walking in the world and trying to extend our own ‘kingdom’ by making ourselves more important, God knows best and that He is a better king than we could ever be. As Branan eloquently sings out that ‘…You’re a better King, than I could ever be, rule over and over rule me…’, we are met with an earnest prayer of confession and surrender to the Lord Most High.

About “Bored”: “Bored” is a song about sin. It’s a metaphor likening boredom in adolescence that produces dangerous, destructive decision making to how sin grows from our souls being underwhelmed and cyclically unsatisfied with the world’s pleasures. We need something to awaken us from our soul “boredom” – the glory, the beauty, the exhilaration, the power, the peace, the purpose, the satisfaction, the irresistible, eternal pleasure that comes from knowing Jesus. If we are not awakened to what our hearts and lives were made for (knowing God and living in the joy of obedience to him), we will perpetually live a “bored,” confusing, incomplete, miserable, and ultimately destructive life as it relates to the pleasures and cravings we all have inside our hearts.

As far as where the inspiration comes from, I grew up in a small town, so the “high school in a small town” line is real for me ha! As with all small towns, there’s not a lot to do. When I think back on my experiences and observations, I know there were a lot of people who got into some dangerous, destructive things simply because there wasn’t much else to do. And things didn’t start out with destruction. They were just bored, and that boredom led to one thing, which led to another thing, and that led them to a place in life they didn’t want to be in. One day the Lord showed me that’s exactly how sin is. So, the lyrics and the story of bored are just me painting a metaphorical picture of how sin works in us. It’s not autobiographical in terms of anything specific, but the context is one I know well and one I hope we can all relate to at some level.

The acoustic guitar led pop tune “I Will Wait” speaks about patience, and the act of waiting on Jesus even when it seems like he’s not moving (and a song that is uncomfortable, but necessary to listen to as we learn to trust God completely!); while “Good” is a ballad that once again tackles the topic of trusting God with everything that we are. As Branan highlights to us that Jesus can use every circumstance (yes, even the horrible, terrible ones!) and turn them into good- good for our lives and good for those around us; we are challenged to trust God with the bigger picture. Let’s just say though that on the surface, it isn’t an easy thing, but when was the Christian walk meant to be easy and suitable for our own wants? Better King then ends with the album highlight “This World Is Not My Home”, and its moving, pulsating and powerful remix. Lyrically, the track is about what it says in the title. This world is not our home. Not by a long shot. And as Branan reiterates that ‘…I need more than all my eyes have seen, so I can live, I can love like it was meant to be…’, we need to remember that we are indeed not human beings having a spiritual experience, but are all spiritual beings having a very human, transient experience (I think this is a quote from somewhere, can’t remember where…). This world and our life in it is just a blip in the grand scheme of eternity with Jesus; so let’s get our own life into perspective. We get to be with Jesus for eternity, and so we should tell everyone about this good news, don’t you reckon?

I hope my music helps people. I hope every artist would say that. But I think for me, I want to make as many connections with people, Christians and non-Christians, as possible. I want to meet people where they are. Whether it’s pop music, worship music, whatever God moves in me, I want to be obedient. And I hope my music helps people see that being a Christian who makes art can mean a lot of different things, and even all at one time. God is big and his kingdom is big. And his desire is for ALL people to know him (1 Timothy 2:4). That’s my desire too. For all people to know him, that’s going to look like a lot of different things. But in everything, I hope people see my heart – most importantly, I hope they see the heart of Jesus, and that I only want to reflect him, how worthy he is, and to be faithful to his gospel. Music is such a gift, and I feel privileged for it to be a part of my life on this earth. God be praised.

Branan Murphy’s music is different. Unique. A fusion between pop and rap. Something that you would never expect. It’s like mixing oil and water (shameless plug for Travis Greene’s upcoming album!), but in this case, it works. With Branan rapping quite well in a few of the songs; Branan fuses together a number of genres to create a very unique project that we all need to stop and check out. There’s literally nothing much more that I can say about this EP- it’s a near-perfect score from me- so what don’t you all hop onto Spotify or iTunes or wherever you all listen to music these days, and blast out Branan’s sophomore release loud for all to hear. I guarantee you, it’ll be one of the surprise EP’s of the year, and you’ll definitely love it as much as I do! These songs are some of the strongest ever I’ve heard all year; and that’s how powerful and impacting I reckon Branan Murphy’s music is!

3 songs to listen to: Better King, I Will Wait, This World Is Not My Home