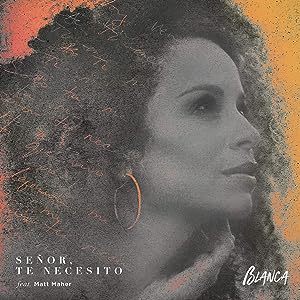 I’ve always loved worship music in other languages. Preferably of songs that I already know that particular song in English (so that I can sing along with the artist in my own native tongue of English, in my head), but that’s a whole other story in and of itself. Artists like Martin Smith, Hillsong and Lauren Daigle have all delivered to us songs of hope, restoration, and worship in the Spanish language, reminding us all that music, especially worship music, knows no language boundaries and limits. For me I’ve always loved songs that have had a far reach in terms of people impacted and affected- songs like ‘Reckless Love’, ‘How Great is Our God’, ‘What a Beautiful Name’, ‘Mighty to Save’, ‘10000 Reasons’, ‘I Still Believe’, ‘I Can Only Imagine’, ‘Above All’, ‘God of Wonders’, ‘Great Are You Lord’, ‘How Can It Be’, ‘Amazing Grace (My Chains are Gone)’, ‘Our God’, ‘So Will I’, ‘Build Your Kingdom Here’, ‘Revelation Song’, ‘Heart of Worship’, ‘Blessed Be Your Name’ and ‘Here I Am To Worship’, are just some of the many, many classic worship songs that have impacted my own life in the last 10-15 years, as I’m reminded that a good song is a good song, regardless of when it was made, or even the popularity of it. Enter in another song that has impacted a generation like no other- this time it’s ‘Lord I Need You’, originally recorded by Chris Tomlin and the Passion Conferences movement way back in 2010 (their annual album Here For You had Chris leading on the song), but was actually written and recorded (in a studio format) by Catholic and prominent CCM artist Matt Maher, on his 2013 album All the People Said Amen. The song blew up and became popular from that point onward, and now standing in 2020, we see a rendition of the song that I reckon will become as big as the English original recording- this time it’s Blanca– current solo artist and ex-lead singer of Group 1 Crew, leading the track, titled ‘Señor, Te Necesito’.

I won’t give much of a back story on the song- I’ll let Wikipedia or even google to that. But for me, I’ve always felt great connection to this song- it’s simple but powerfully profound, just telling the Lord that we need Him always, keeps me humbled and grounded in everything that I know that I do. It is a reminder that I don’t know it all, I don’t have it all together. And that’s ok. That is why we need a Saviour. At all times. And so this song is very much poignant and timely to this period of 2020 as well- this song can hopefully give us hope and courage during this tumultuous time which is COVID-19. Such songs are anointed throughout time, and ‘Lord I Need You’, both it’s English and Spanish counterparts, are such songs as this. A song that’ll forever be one of my favourite worship songs of the decade of the 2010s (alongside other tracks like ‘Reckless Love’, ‘What a Beautiful Name’, ‘So Will I’ and ‘Forever Reign’); Matt Maher (who also guests in this Spanish version of the song in the second verse) and Blanca (who leads powerfully and with poise in this track!) have created a version of the song that has the reach to bring inspiration and change to people around the world, for such a time as this. Well done guys for this powerful track, looking forward to more worshipful melodies from Blanca in the upcoming weeks, months and years ahead!