It’s always bittersweet when a lead singer leaves a band, because the band in question is then in a stage of flux, with the remaining members unsure how to move forward, whether they promote a new lead singer from within, get a new voice from outside the band, or just quit all together.

While bands like Newsboys have employed a well known vocalist (Michael Tait from dc Talk) to replace Peter Furler way back in 2009, and other bands like Hawk Nelson promoted a new lead singer Jonathan Steingard (previously on guitars) from within, after Jason Dunn left; Sanctus Real did something different when longtime vocalist and founding member Matt Hammitt left. While you can read my review of Matt Hammitt’s debut solo album here, and read about some of the reasons why he felt it was time to leave Sanctus Real; the remaining members Chris Rohman and Mark Graalman decided to choose a virtual unknown new vocalist, at least in the CCM industry. Dustin Lolli is now the new lead singer of Sanctus Real, and if you’re thinking ‘who?’ then maybe you’re not alone, as that’s how I felt way back in 2016 when the news was announced.

But I quickly became a fan after listening to the This Is Love EP, and with these three singles “Safe In My Father’s Arms”, “Changed” and “Confidence” now releasing as pre-cursor singles to Sanctus Real’s new album Changed, their first full length album with Dustin as lead singer, and their first album with Provident Label Group; I am even more excited to hear and see what happens to Mark, Chris and Dustin as the years progress, and how they impact more and more lives for Christ. It’s a new sound (more decidedly pop, to match Dustin’s soaring vocals!), and still Sanctus Real though, never fear guys (and I should know, as I do have a copy of the pre-release version of the new album for review purposes!). And while this isn’t a review (you can read my brother’s thoughts on the singles “Safe In My Father’s Arms” and “Changed” here and here!), let me still say that Changed is one of my favourite album of the year (just behind A Million Lights from Michael W. Smith and Trial And Triumph from I AM THEY!), and deserves several spins on iTunes, or Spotify, or whatever your favourite digital platform of streaming is nowadays, in the coming months.

I don’t think that anyone can replace Matt Hammitt- his presence as Sanctus Real frontman exudes confidence, and as lead singer, Matt brilliantly built up a band from humble beginnings to wordwide stardom. But Dustin’s offerings here prove that God still wants Sanctus Real to continue, and though we all know the saying that the lead singer makes the band, in some cases, like this band, the band is bigger than any one member. Whether Dustin Lolli can maintain that fanbase of Sanctus Real, and continue to present us with relevant and heartfelt melodies in the years to come is anyone’s guess (but I am indeed hopeful and quietly confident!), yet from listening to these new songs, in particular the three singles, as well as potential singles “Survival” (rock) and “Hello Love” (CCM) (where Dustin passionately channels his inner Bear Rinehart from Needtobreathe, and Sam Hancock from Luminate respectively), the future is looking way bright. I’m sure you all have your thoughts on Dustin’s elevation to lead singer of an already existing, popular and respected band, yet one final thing that I can say to you all (before I go back and jam to the entire Changed album yet again!), is to reserve your judgements until after release date. You may be pleasantly surprised by what you hear. 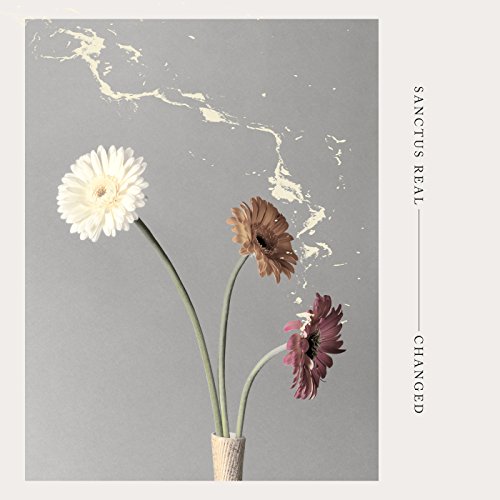